The 2020 year is shaping up to be quite a nice one when it comes to your selection of available concerts to see. Alanis Morissette just threw her hat into the ring of shows to catch this summer, while she’s on tour with special guest Garbage and special appearances by Liz Phair. The concert is in celebration of 25 years of Jagged Little Pill (her debut album, which was released back in 1995). The tour begins at the Sunlight Supply Amphitheater in Ridgefield, Washington, and will hit up other cities including Seattle, Salt Lake City, Los Angeles, Phoenix, Austin, Tampa, West Palm Beach, Hartford, Charlotte, Dallas, Alpharetta, Raleigh, Nashville, Cincinnati and more. There’s even one stop up in Toronto Canada at the Budweiser Stage. Alanis Morissette, has been around the music scene since 1995, and is a tremendous musical force as a singer-songwriter-musician. You are not going to want to miss her live show if it comes to a venue near you. 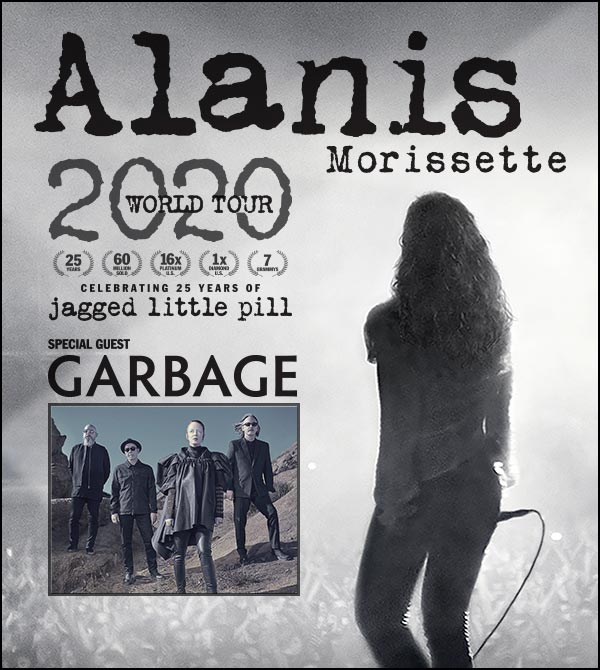 While this tour of Alanis Morissette is quite large, we’ll keep our eyes and ears open on any news about her extending the trek. Check back often as we’ll keep the above event lists updated with the most recent tour itinerary.