Super pop star P!NK was present at the most recent Rock and Roll Hall of Fame event where she introduced the amazing Dolly Parton who got inducted. P!NK also performed with Brandi Carlile live on stage at the same event. In this 2023 year, PINK will be on the road as she embarks on her Summer Carnival Tour 2023. Joining her on stage as special guests (not all on the same night) include Pat Benatar and Brandi Carlile (among others). It’s been quite some time since we’ve seen her on tour, but the Pink tour 2023 is definitely happening and fans are extremely happy. As of the writing of this, about 20 or so stadiums or arenas have been listed as venues that the P!NK tour will be performing in. Of course fans are hoping for more dates to be announced and as we know that usually does happen. The concerts begin on the eve of July 24th at the venue known as Rogers Centre, which is located in Toronto (Canada). Other major cities on the list include Minneapolis, Boston, Cincinnati, Flushing, Pittsburgh, Washington DC, Fargo, Chicago, Detroit, Houston, Philadelphia, Milwaukee, Los Angeles, Las Vegas and more. If you’ve never seen PINK live in concert, get ready for a spectacular show, she is absolutely incredible live.


Check down below for the latest official list of Pink tour dates. You’ll also find links to look for tickets, and a playlist of some of Pink’s more popular music videos. 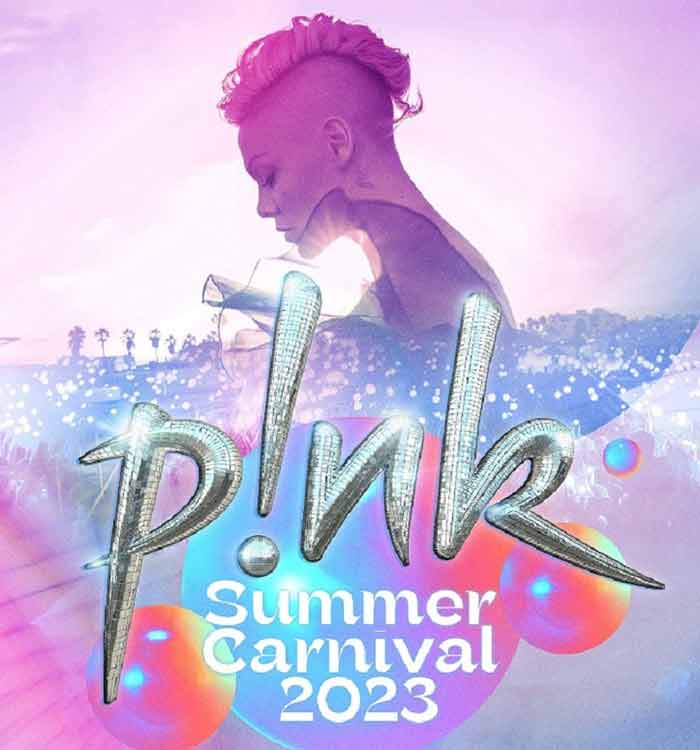 It’s quite common for entertainers to only announce part of their tour at first. We’re pretty sure that the Pink Tour 2023 will be extended with additional tour dates. Check back here often as we will keep the above event lists updated.