Their popularity is growing, yet I hear so many people ask exactly who is Los Temerarios. Well according to Wiki, they are a Mexican/Latin band who write and perform what is considered ‘romantic music‘. They actually started all the way back in 1978 by two bothers and their cousin. It was in Fresnolli, Zacatecas when brothers Adolfo Angel and Gustavo Angel, along with their cousin Fernando Angel, decided to put together a Latin music group. Their music genre has been labelled as Latin Ballad, Ranchera and/or Romance Music (Romantica). The group has released over 20 albums, and they have been acknowledged by some of the bigger music award ceremonies such as Grammys (Latin Grammy Award, Premio Lo Nuestro, and the Latin Billboard Music Awards). They have received two Grammy nominations; Both for Lifetime Achievement Awards, but from different organizations. Recently in 2016 they were inducted into the Latin Songwriters Hall of Fame. While many Americans may not have really heard of them, in the Latin music world, they are VERY popular. If you’re a fan, get ready because they are on tour in North America and could be headed towards a venue near you.

Check below for all the latest Los Temerarios tour dates, links to look for tickets, plus a couple of their music videos. 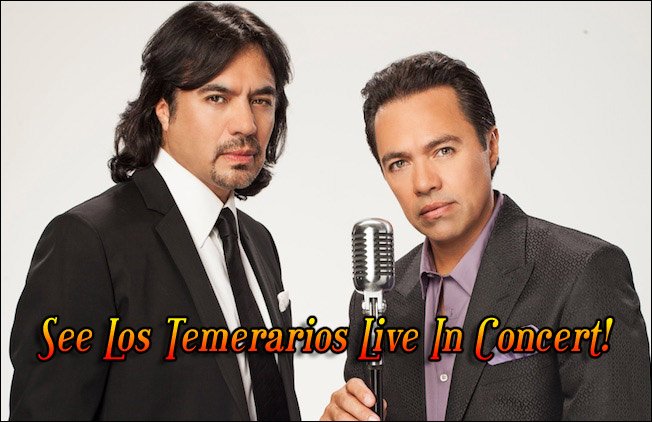 Are you a fan of romantic Latin music? If so, get ready because Los Temerarios are on tour, and could be headed your way!

Check back often as it’s normal practice for entertainers to ad dates without notice. Hopefully Los Temerarios will add many more venues to their tour.