This 2020 Spring and Summer concert scene is beginning to really look good. Everyone’s favorite band, BON JOVI, has just announced their North American tour plans which begin in June. This is a band that needs no introduction. Bon Jovi has smashed every single touring record there is, and has won too many awards to list. The band will be joined by Bryan Adams on all but two of the scheduled dates. So far, cities listed on the tour include New York City (where they close out the tour with two dates there), Tacoma, Portland, Los Angeles, Las Vegas, Sacramento, San Jose, Newark, Boston, Washington DC, Chicago and more. There’s even a stop listed up in Canada in Toronto Ontario. If you were not aware, Bon Jovi is one of the top bands to tour ever. They have sold way over 10,000,000 tickets to their shows. Ten million tickets, that is insane! The tickets for this tour will go on sale to the general public beginning on January 21st at 10am. There will be a handful of pre-sales too so keep an eye out for them, as they will allow you to get tickets before everyone else.

Check below for the latest list of official Bon Jovi tour dates. You’ll also find that you can look for tickets, plus listen to an awesome playlist of over 50 Bon Jovi music videos. 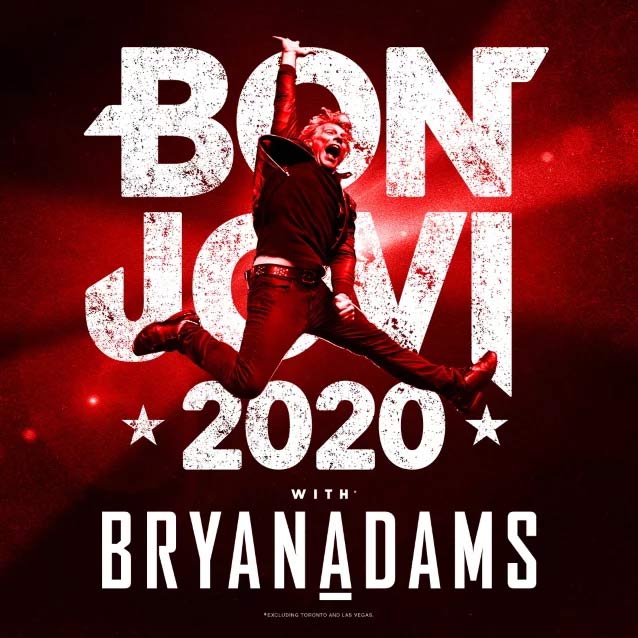 Beginning in June of this year, the band Bon Jovi will hit the road on tour in North America, along with Bryan Adams. What a show this will be!

Hopefully Bon Jovi will extend the tour past the original date span. We’ll keep the above event lists updated as soon as more dates are announced by the band.

Written and Posted by Rich Mellon