Justin Bieber is back with a 2022 concert tour and brand new music. The virus pandemic doesn’t seem to be slowing down this young entertainer as it looks like Justin Bieber has finally solidified his 2022 ‘Justice World Tour’ with the release of his schedule. While other entertainers are choosing to postpone shows, or even hold online-only events, brave Justin Bieber will be out there braving the elements as he takes to the stage in over 50 planned concerts. His trek will have him zig-zagging his way across North America, including Canada. If his itinerary does not change, the trek is set to start on February 18th (2022) as his first live performance will be at Pechanga Arena in San Diego. Other major cities that are listed on his present tour list include Portland, Sacramento, Pasadena, San Diego, Las Vegas, Salt Lake City, Denver, Chicago, Minneapolis, Milwaukee, New Orleans, Houston, Buffalo, Detroit, Albany, Columbia, Tampa, Miami, Philadelphia and a good amount more too, including several stops up in Canada. Overall there’s over 50 (fifty!) dates planned out for the 2022 Justin Bieber tour. There’s sure to be a venue near you where you can catch his latest live performance.

Look down below for the full list of official Justin Bieber tour dates. Plus there’s links to look for tickets, and a great playlist of popular Justin Bieber music videos. 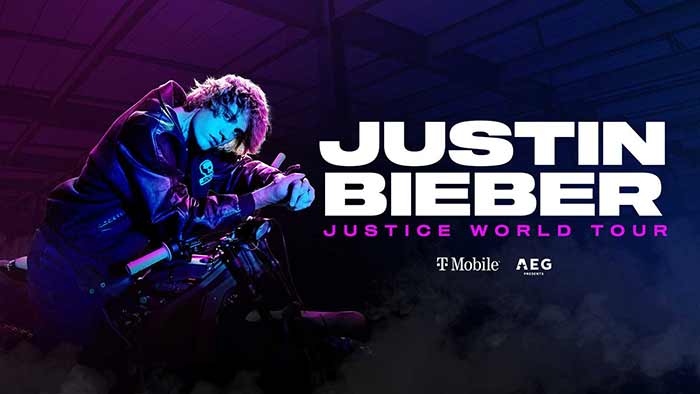 Considering the size of the first leg of this tour, who knows if Justin Bieber will extend it or not. We’ll keep the above event lists updated, so feel free to check back as often as you like.

Written and Posted by Craig Ross