Carrie Underwood is headed your way, Get Yourself Ready For Her 2019 Tour :
In a recent post here, we talked about how big of a music genre country music has become. Carrie Underwood is no exception to this rule. She has consistently been on the cutting edge of country and always in the top of the charts. Many people have forgotten that this country super-star began her career with a one in a million chance on the television show American Idol. Since then Carrie Underwood has just continued to amaze and please her fans.

If it wasn’t for her luck and diligence from that single TV show, who knows where Carrie Underwood would have ended up. Life is funny that way, especially if you think of something simple such as ‘what if Carrie Underwood never went to the trial’ for the show American Idol?’. Her life, no doubt, would most probably be completely different than what it is right now.

If you like country music, and you really want to dance and have a good time, make sure you grab yourself tickets to her upcoming 2019 tour, The Cry Pretty Tour 360, so you can see her live. You’ll get a treat too because she’s bringing Maddie and Tae & Runaway June with her as supporting acts.

Look below for all the latest Carrie Underwood tour dates, to look for tickets, and check out some cool music videos. 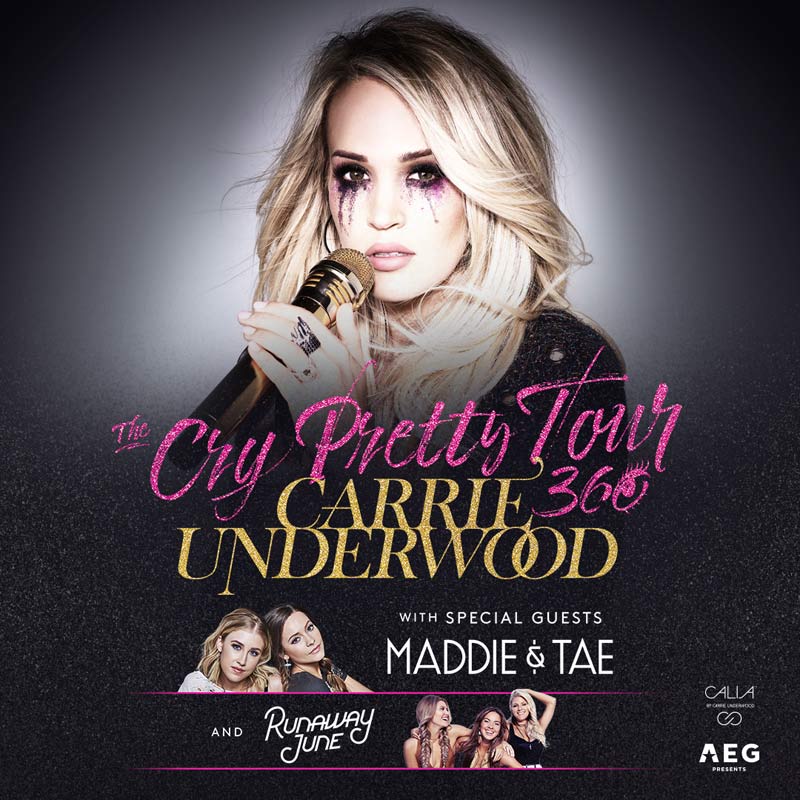 Carrie Underwood has released her concert tour plans for 2019 and she’s playing a lot of dates through out North America.

Check back often to see if Carrie Underwood adds any more dates to her tour schedule.