The other day, the band The Black Keys released specifics of their large, 30+ dates concert tour of North America. The “Let’s Rock” Tour will perform in venues and cities which include New York, Chicago, Nashville, Los Angeles, and Austin (among many others). You can find their full list of tour dates below. The tour includes special guests Modest Mouse, who will be present on all dates, along with a few other bands that will each open certain shows on the tour. Tickets for all dates go on sale to the general public which starts on Friday, March 22nd at 10am in the morning. Keep an eye out for special pre-sales too which will allow you to grab tickets before the general population does. The 31-city trek is set to begin on September 23rd in Denver, Colorado and will continue on to hit up in Chicago, Nashville, Atlanta, Austin, Los Angeles and more cities before ending on November 24th in Vancouver, British Columbia. If fans are lucky, they’ll extend the tour to reach more North American cities.

The Black Keys recently released their new song, which is named ‘Lo/Hi’ and it’s the band’s first new music since their album Turn Blue, which was release back in 2014. You can listen to their new song below as we have a few of their music videos posted.

Check down below for the latest list of The Black Keys tour dates, there’s also links to look for tickets, plus a few of the band’s music videos. 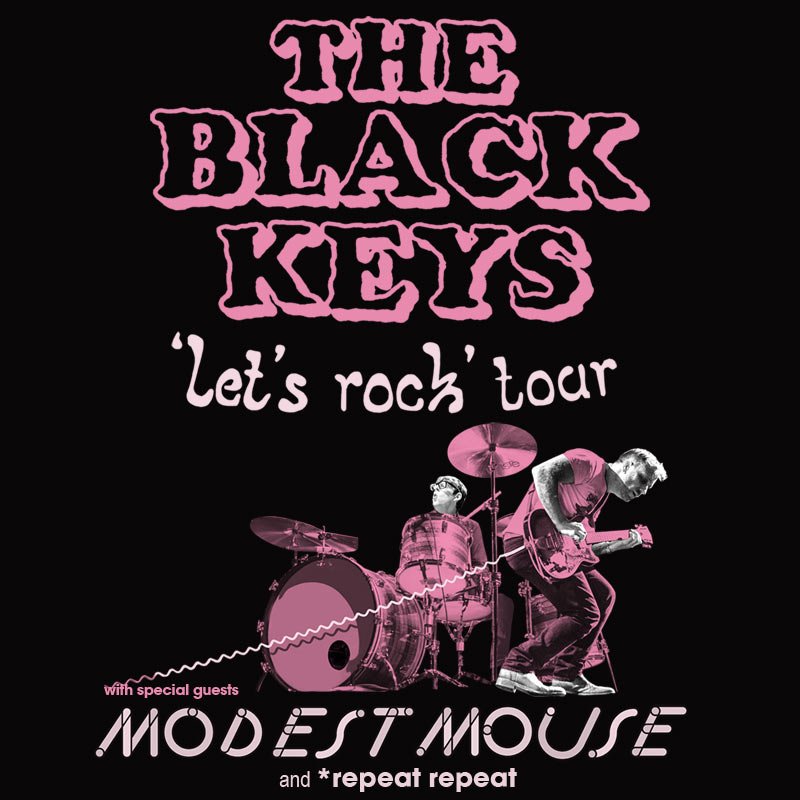 Don’t miss your chance to see The Black Keys back on stage, live in concert. They have new music and chances are they will be performing in a venue near you.

Be sure to check back at this list regularly because it’s quite common for performers to extend their concert tour without much notice. If your city is not listed above, keep your fingers crossed and keep an eye on the above event lists.