Josh Groban begins preparations for his 2019 Bridges Tour. Beginning in early June, the 7th to be exact, Josh Groban will start his 2019 Bridges Tour when he takes to the stage at the Ravinia Pavilion in Highland Park in Illinois. The concert tour consists of shows that will take place in cities such as Cincinnati, Columbus, Uniondale (NY), Highland Park (Illinois), Interlochen (Michigan), Wilkes Barre, Grand Rapids, Indianapolis, Hershey, Santa Barbara, Providence, Manchester (Rhode Island), Verona (New York) and more. The full tour list can be found below. Joining him for certain dates are country singer-songwriter Jennifer Nettles and the very popular instrumentalist Chris Botti.

If you’re not familiar with the record itself, Bridges is the eighth studio album by Josh Groban. It was released by Reprise on September 21, 2018. It is his first album since 2013’s All That Echoes to include original music, and he co-wrote nine of the album’s 12 songs. There is a deluxe version available that includes two bonus tracks.

Check below for the latest list of Josh Groban tour dates, there’s also links to look for tickets, and some fan favorite music videos. 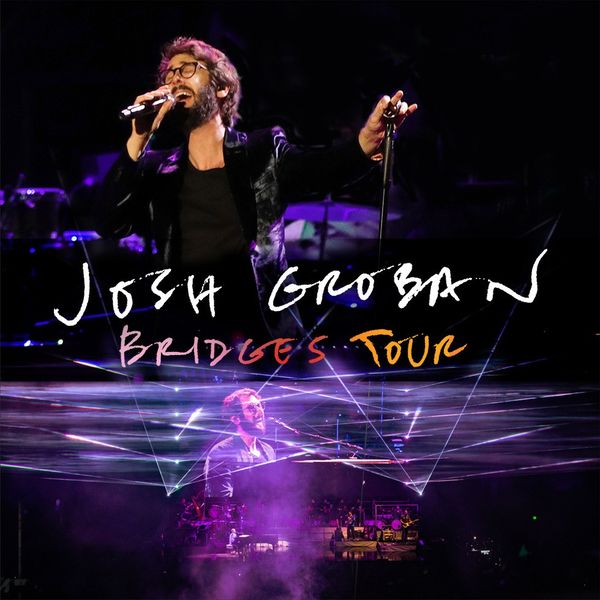 Josh Groban hits the road on his 2019 Bridges Tour and he’s playing in North America beginning in June.

Keep an eye on the event lists above to watch for additional dates for when Josh Groban extends his present concert tour.