Fans Psyched, JUAN GABRIEL Announces Fall Concert Dates For North America :
If you’re a fan of Juan Gabriel, get ready for some awesome news. Juan Gabriel has a bunch of fall concert tour dates planned out and hopefully more to come. So far about 20 show dates have been released by Juan Gabriel and his tour schedule has him performing in such states as California, Nevada, Georgia, Florida, Connecticut, Virginia, New York, Missouri, Colorado, Texas, Washington, Arizona and more. If you weren’t aware, Juan Gabriel is from Mexico and is one of the biggest, most successful singers of all time from there. He’s been on tour around the world many times, he’s sold almost 40 million records and had also done a lot of work producing music for other big stars. He was just recently nominated for into a very prestigious group; The Latin Songwriter’s Hall of Fame! After that he released his first record in over five years titled Los Duo which includes many duets he has performed lately with other popular singers.

LOOK BELOW for the latest list of Juan Gabriel tour dates, links to looks for Juan Gabriel concert tickets and some cool Juan Gabriel media including music videos.

Check back often to see if there are any added Juan Gabriel tour dates. 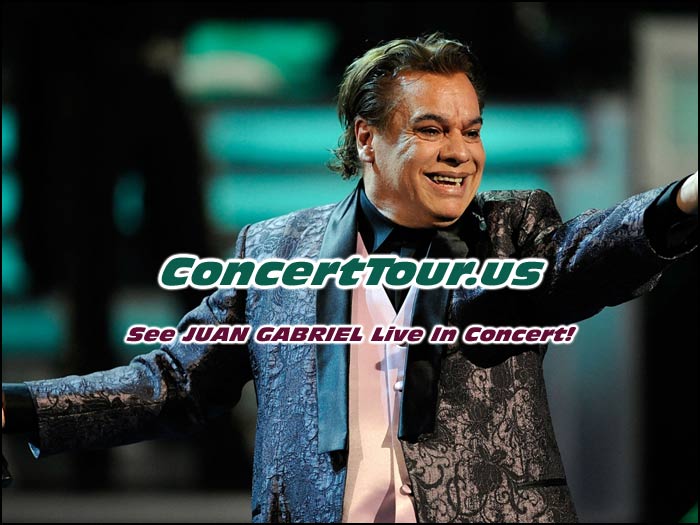 Fans are so excited to see Juan Gabriel live in concert. It’s been way too long!

If you’re a fan of Juan Gabriel, we hope you get a chance to see him live in concert this year!