Twenty years ago Incubus released their smash hit album ‘Make Yourself‘ and the band is celebrating it’s anniversary with quite a long concert tour for this 2019 Fall. Beginning on September 13th (which happens to be a Friday; Friday the 13th) at the Fillmore Auditorium in Denver, Colorado, the band will begin it’s 40+ date concert trek. The band will be performing in major cities, as well as smaller cities too, including New York, Philadelphia, Seattle, Nashville, Indianapolis, Atlanta, Santa Barbara, Orlando, Denver, Salt Lake City, Detroit, Chicago, Phoenix, Cincinnati, Saint Louis, Boston, Washington DC plus several dozen more including a stop up in Toronto, Ontario Canada. Joining Incubus on select dates will be one of three bands; Either Dub Trio, Wild Belle, or Le Butcherettes. Only one of the three supporting acts will be performing with Incubus at a time, it just depends on which date you plan on going to.

Check down below for the latest official list of Incubus tour dates, you’ll also find links to look for tickets, plus a great music video playlist of over 20 Incubus songs. 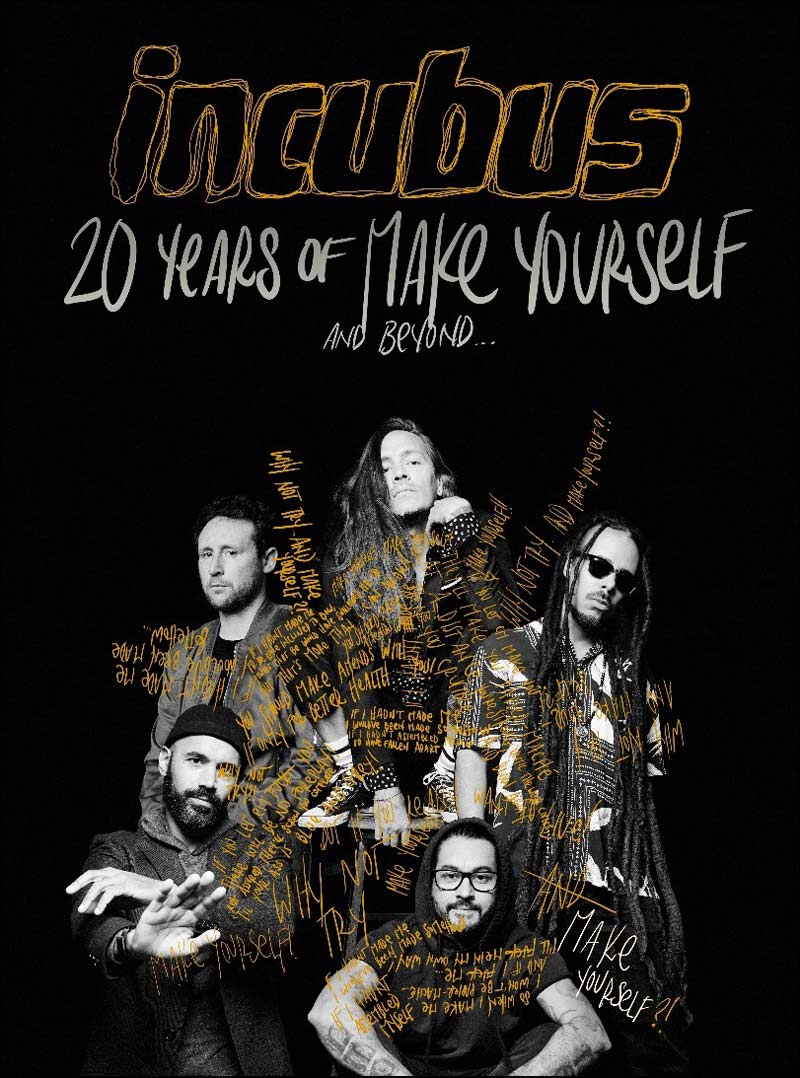 Entitled the “20 Years of Make Yourself & Beyond” tour, the lengthy trek will take the funk rockers to 39 North American cities.

If you don’t see a venue near you listed above, keep checking back because it’s common for artists to add more dates to their tour as time progresses.