Aerosmith to perform residency in Las Vegas in 2019, nicknamed ‘Deuces Are Wild’ & will play East Coast dates too.

The band Aerosmith will perform at the Park Theater at the new Park MGM resort in Las Vegas throughout April, June and July of 2019 for a run of live concerts that you can find listed below. The band will also be taking their show on the road to the east coast. The Las Vegas residency of Aerosmith will contain “some of the most immersive, state-of-the art audio and video technology experiences in Las Vegas” with the shows featuring “never-seen-before visuals and audio from Aerosmith recording sessions.” The stage show will be produced by Grammy Award winner Giles Martin, who created the soundscape for the Beatles’ LOVE by Cirque du Soleil in Vegas.

Members of Aerosmith’s Aero Force One fan club will get access to an exclusive pre-sale at 9am PT tomorrow (August 16) while tickets will go on general sale from 10am PT on Friday, August 24. Earlier this week, Aerosmith guitarist Joe Perry let it slip that the band were planning something for Las Vegas, saying: “We want to do something different. We’re in the middle of the production now.” He went on to add “What we’re talking about is having an experience that you wouldn’t be able to see on a regular Aerosmith tour.”

If you’re a fan, you can’t miss this! See below for the latest list of Aerosmith tour dates, links to look for tickets, plus some cool music videos. Keep scrolling down! Aerosmith will be performing a stint in Las Vegas called Deuces Are Wild, don’t miss it! 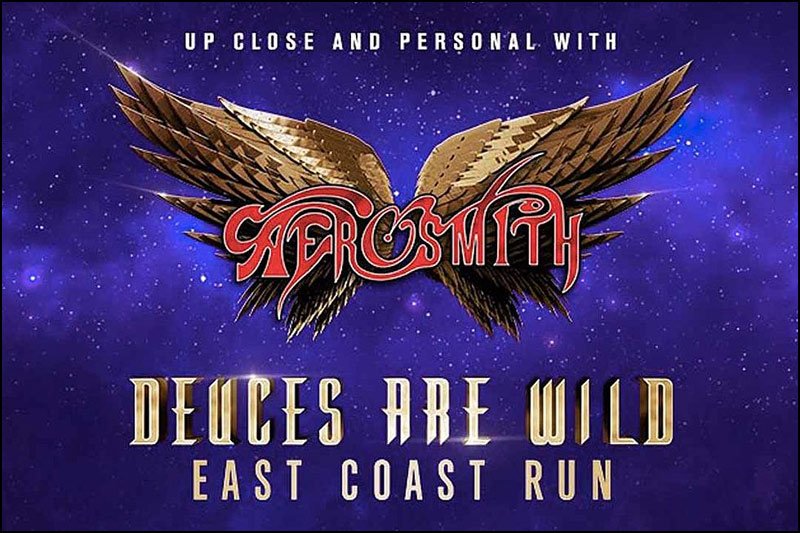 Aerosmith fans in the Northeast who are unable to get to Las Vegas for their Deuces Are Wild residency are in luck. Aerosmith is bringing their ‘Deuces Are Wild’ Las Vegas Show to the East Coast.