This 2022 year is just loaded with concerts and rightfully so since we’ve all been just about locked down for two years. Country music is as hot as ever and super-star Travis Tritt is ready to continue his live musical performances by cranking out his Travis Tritt Solo Acoustic Tour 2022 during the early part of the year. He still has a handful of 2021 dates left but also has 15 shows planned for 2022 so far. The Travis Tritt tour will be visiting states such as Pennsylvania, Indiana, Michigan, Kentucky, South Carolina, Mississippi, Alabama, Virginia, Tennessee and Wisconsin. If we’re lucky, Tritt will extend his tour by adding more dates. Back in early May of this year, Travis Tritt released his latest studio album titled Set In Stone, and it hit the number 49 spot in the US Country Music charts (Billboard Top 50). Some Travis Tritt song titles you may recognize include Same Old Train, Bible Belt, Out of Control Ragin Fire, The Whiskey Ain’t Workin’, Lord Have Mercy On The Working Man, Here’s A Quarter (Call Someone Who Cares), Drift To Dream, plus many more. He’s been in the country music seen professionally since 1989 and doesn’t appear to be stopping.

Check down below for the latest official list of Travis Tritt tour dates. You’ll also find links to look for tickets, and a playlist of some of Travis Tritt’s more popular music videos. 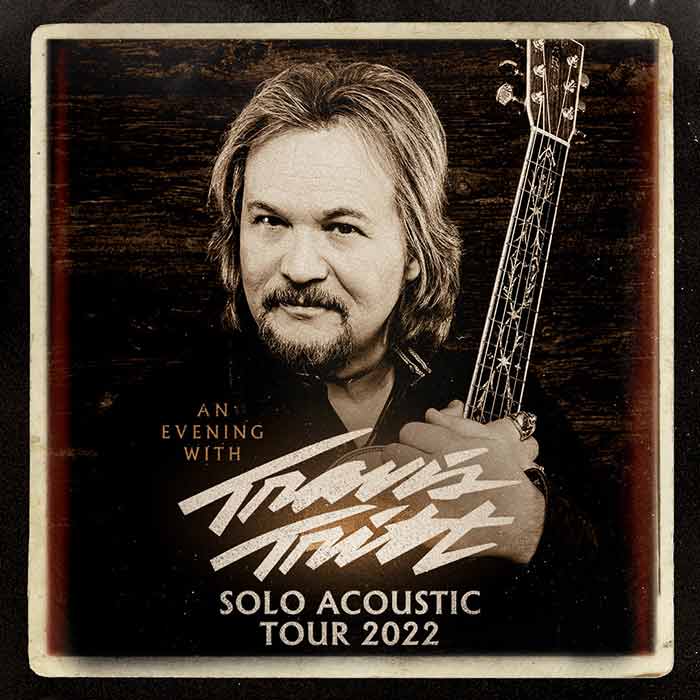 There’s a good chance that the Travis Tritt tour will be extended with additional tour dates. Check here often as we will keep the above event lists updated with the most recent itinerary.