Singer / Songwriter James Taylor just made a great announcement that he has a new album coming out, and a concert tour that will have him sharing the stage with another musical great; Jackson Browne. The new album from James Taylor is called American Standard, which happens to be his 19th studio release, and each of its tracks will be a cover of older classic songs by other artists. A few of the songs on the album include Moon River, originally by Henry Mancini and Johnny Mercer; My Blue Heaven by Walter Donaldson and George A. Whiting; Ol’ Man River by Jerome Kern and Oscar Hammerstein II. A full track listing can be found below, along with the tour itinerary. Some of the major cities to be visited by James Taylor and Jackson Browne include Salt Lake City, Houston, New Orleans, Boise, Atlanta, Memphis, Louisville, Boston, Hershey, Chicago, Portland, Anaheim, Detroit, San Diego, Pittsburgh, Nashville, and several more. The new album from James Taylor is due out on February 28th, and it’s his latest one since his last release back in 2015, which was his Before This World album. When asked about his upcoming album of covers, he responded “I’ve always had songs I grew up with that I remember really well, that were part of the family record collection, and I had a sense of how to approach, so it was a natural to put American Standard together. In terms of how they were performed and recorded before, we paid attention to the chords and melody. But we were interested in doing something new, and, in bringing something new to it, we’ve reinterpreted the songs. That’s what makes it worth doing.”. The tour kicks off on May 14th and the full schedule can be found below.

Check further down below for the list of official James Taylor tour dates. Plus you can look for tickets, and listen to a great playlist of James Taylor music videos. 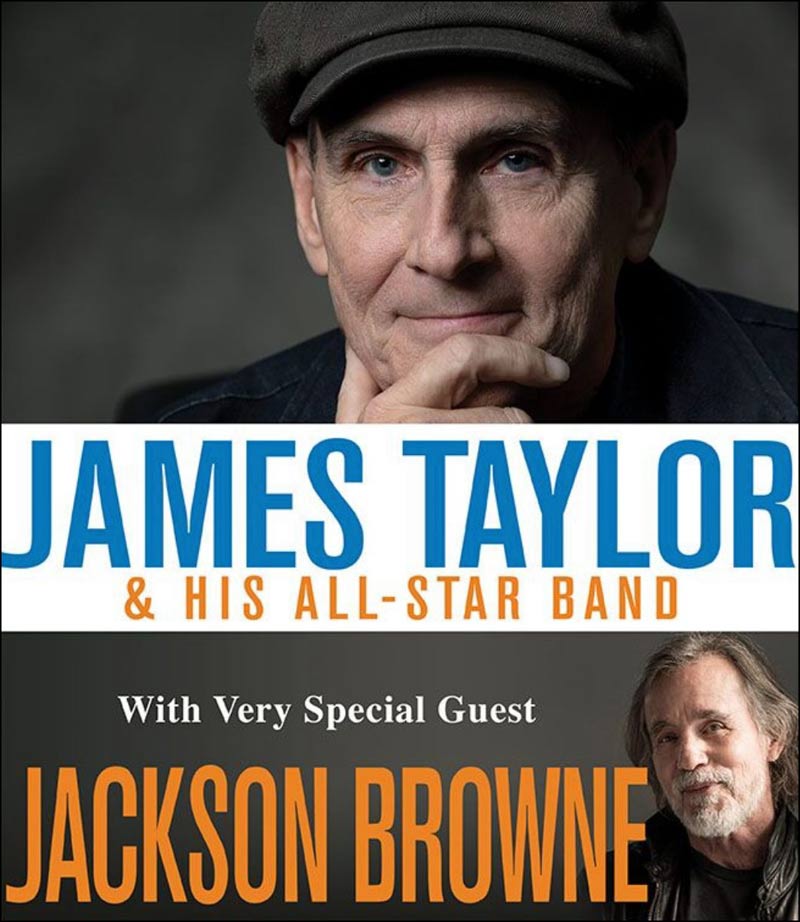 What a set of concerts this will be. Both James Taylor and Jackson Browne performing in the same shows!

Will the James Taylor / Jackson Browne tour be extended? No way to tell yet, so bookmark this page and check back often.

Written and Posted by Franklin Bender