Rock And Roll icons ZZ TOP are still trying to celebrate their 50th anniversary by going on a huge concert tour that will take them across North America this 2022 year and into 2023. Unfortunately the pandemic has held up their celebrations until now. With what is being called their 50th anniversary tour and then their Raw Whisky Tour, ZZ Top will begin their trek on April 22nd, 2022 and will performing live in theaters all across North America. Joining them on a few stops will be (not all in the same show) Willie Nelson, John Fogerty, George Thorogood, and more. Band members Billy F. Gibbons, Dusty Hill and Frank Beard have been the main-stay of ZZ Top, who have held the same line-up longer than any other band in their genre; Unfortunately bassist Dusty Hill passed away recently but the band is continuing on. Back in 1969, after the end of THE MOVING SIDEWALKS, which was Billy’s Houston psych-rock band, the singer/guitarist formed ZZ TOP, linking up with drummer Beard and bass-guitarist Hill, both from the Dallas-based band THE AMERICAN BLUES. Fifteen studio albums, 30 million record sales and five decades later, “That Little Ol’ Band From Texas” is still going strong, playing timeless hits like “La Grange”, “Legs”, “Sharp Dressed Man” and “Tush” to audiences the world over.


Gibbons looked back at the history of the band, while also looking forward to the “50th Anniversary Texas Bash” dates. “It’s been five decades, and I think we’re starting to get pretty good at this,” he said. “We’re just as excited to be back in Texas this May playing our bluesy kind of rock as when started with in ’69. The beards, Frank excepted, are perhaps a bit longer, yet nothing else has changed much and we’re keeping it that way.”


Check down below for the latest list of ZZ Top tour dates, links to look for tickets, plus some of our personal favorite music videos. 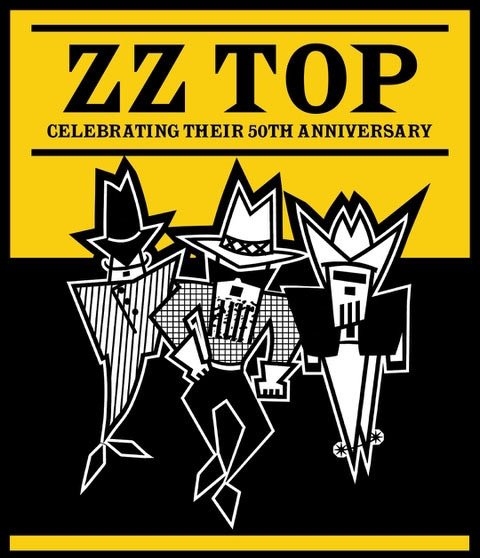 ZZ Top will be celebrating their 50th anniversary on the road and on tour! For an awesome live experience, be sure to check them out performing at a venue near you.

Keep an eye out for additional ZZ Top tour dates because it’s quite common for bands to extend their tours, especially if there is still a demand for them to be seen.