The band Journey will be on what is being called their Freedom Tour 2023 this year and fans could not be any happier. The Journey tour 2023 has an awesome special guest so far which is the band Toto. Although the band’s present line-up does not include original frontman Steve Perry, his eventual permanent replacement Arnel Pineda has stepped in to do an incredible job. So far, their itinerary for the 2023 year consists of about 40 Journey tour dates listed so far, but we know there’s more coming because too many major cities are not included in the present tour plans. Right now they’re scheduled to perform in Washington DC, Pittsburgh, Saint Paul, Portland, Tampa, Denver, San Francisco, Salt Lake City, St. Louis, Detroit, Pittsburgh and even up in Toronto Ontario (Canada). We are huge fans on the band Journey and can’t wait to see them perform live. Some of our favorite songs by them include Don’t Stop Believin’, Faithfully, Any Way you Want It, Open Arms, Wheel In The Sky, Separate Ways, Stone In Love, and Lovin’ Touchin’ Squeezin’.


Check down below for the latest official list of Journey tour dates. You’ll also find links to look for tickets, and a playlist of some of Journey’s more popular music videos. 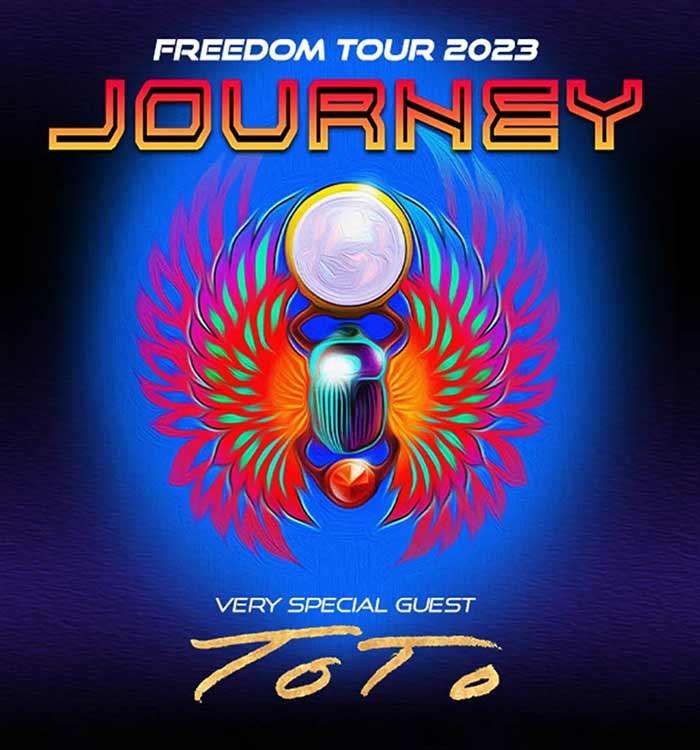 The band Journey will be on their 2023 Freedom Tour with Toto. Don’t miss it.

There’s always a possibility that the Journey tour 2023 will be extended with additional tour dates. Your best bet is to check back here often as we will keep the above event lists updated.