Humungous news from the band Coldplay. In support of their latest studio album Music of the Spheres, the band is continuing on their worldwide concert tour. The band released the album over a year ago, but fans are still pumped up about going to see them perform it live. The Coldplay tour itself is being dubbed as The Music Of The Spheres World Tour. Coldplay plans to begin their North American part of the trek in September of this 2023 year when they take to the stage in Seattle, Washington. Joining Coldplay as special guests will be H.E.R. and 070 Shake. As of the writing of this, the band only has 4 dates listed which take place in North America. Of course their supporters all have their fingers crossed that many more tour dates will be added. Only two cities in California, one in Seattle, and one up in Vancouver have been announced (see below for full list) so far. While the Coldplay tour 2023 presently looks small, the band is so popular that there must be a lot more shows on their way, but only time will tell and we’re eagerly awaiting another official statement from them. Coldplay has stood strong all these years, the band still has members Chris Martin, Jonny Buckland, Guy Berryman, Will Champion and Phil Harvey. They originally formed under a different name all the way back in 1996.


Look below for all the latest official Coldplay tour dates, links to look for tickets, plus some fan favorite Coldplay music videos. 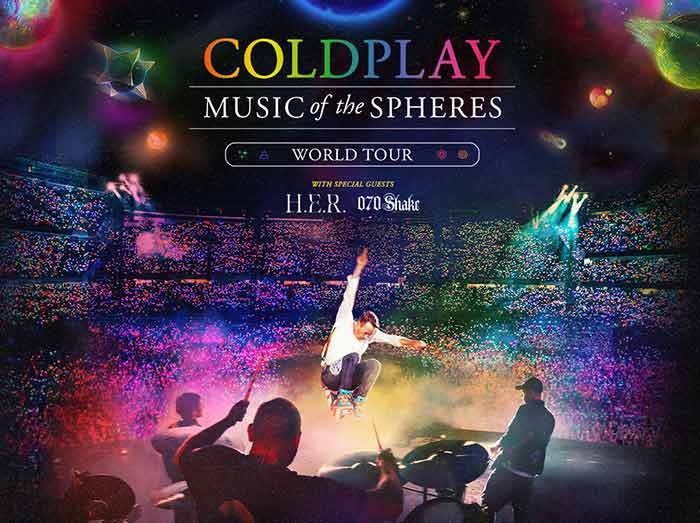 Don’t miss the Coldplay Tour 2023 this year as the band travels and performs live all over the globe.

Check back here often because the Coldplay tour 2023 is bound to add more tour dates to the schedule. Band and performers usually release more shows as time progresses.