This summer is going to be a hot one when it comes to hard rock music lovers, especially because KORN just announced their plans for a Korn Tour 2022 this summer with another great metal band, Evanescence. Multiple different special guests are also planned which will be unique each night, band names are to be announced soon. This Korn Tour is scheduled to begin on August 16th at the venue known as Ball Arena which is located in Denver, Colorado. The trek has the metal band performing in other states including Utah, Washington, Texas, New York, Alabama, North Carolina, New Jersey, Indiana, Michigan, Illinois, Missouri, Ohio, North Carolina; As of the writing of this, there’s been 18 (eighteen) concert dates announced by Korn, but of course fans are hoping for more dates to be announced. The latest studio album by Korn was called Requiem and as fans we’re hoping to hear most of that album in concert, along with a lot of the older material.

Look below and check out the official list of KORN tour dates, along with links to look for concert tickets. There’s also a great music video playlist of Korn songs. 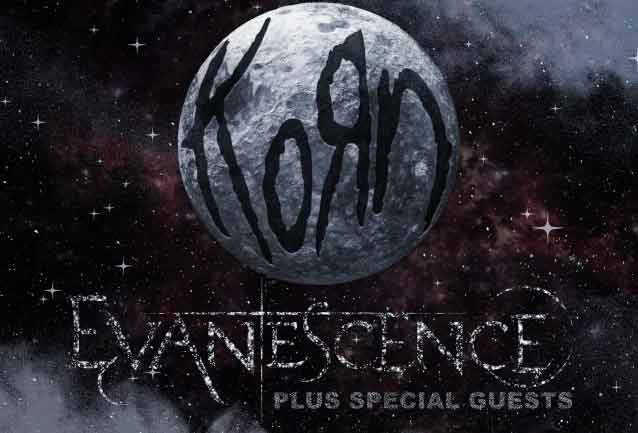 Korn and Evanescence will be on tour this 2022 summer, don’t miss it!

We’ll keep the above event lists updated as more Korn tour dates are announced. If you don’t see a city near yours, then keep checking back and keep your fingers crossed.

Written and Posted by Charles Steinmann