If you happen to have grown up during the 1990s and enjoyed listening to good music, then there’s no doubt that you’ve heard of the Dave Matthews Band. After the release of their first album (which was named ‘Under The Table and Dreaming’) on a major label, the growing fan base has never slowed down. Although there’s been some shuffling of band members, their music has not really changed at all. Presently their line up is as follows; Dave Matthews, Carter Beauford, Stefan Lessard, Tim Reynolds, Rashawn Ross, Jeff Coffin, and Buddy Strong. Fans of the group just received some great news that the Dave Matthews Band tour 2023 is alive and kicking. The concert trek is set to being in North America on May 19th when the venue known as The Cynthia Woods Mitchel Pavilion hosts them in the town of Spring, Texas. We’re hoping to hear many of their hit songs including Crash Into Me, Don’t Drink The Water, Ants Marching, Grave Digger, Crush, and Two Step. While each fan has their own favorites, those are ours.


The Dave Matthews Band tour will continue on and perform in some major cities including Dallas, Nashville, Cincinnati, Tampa, Holmdel, Wantagh, Charleston, Forest Hills, Wilmington, Hartford, Columbia, Bangor, and about thirty more. Presently there are over 40 scheduled shows that make up the Dave Matthews Band tour. Some venues are lucky enough to have them performing 2 or 3 nights in a row. This is typical for them since their fan base is so large and that they play mostly outdoor amphitheaters which are quite smaller than big arenas or stadiums. This is just one reason why if you’re even just thinking of going, you may want to grab your tickets as soon as possible. Their shows often sell out quite quickly, which is a good thing but not if you didn’t get seats yet. 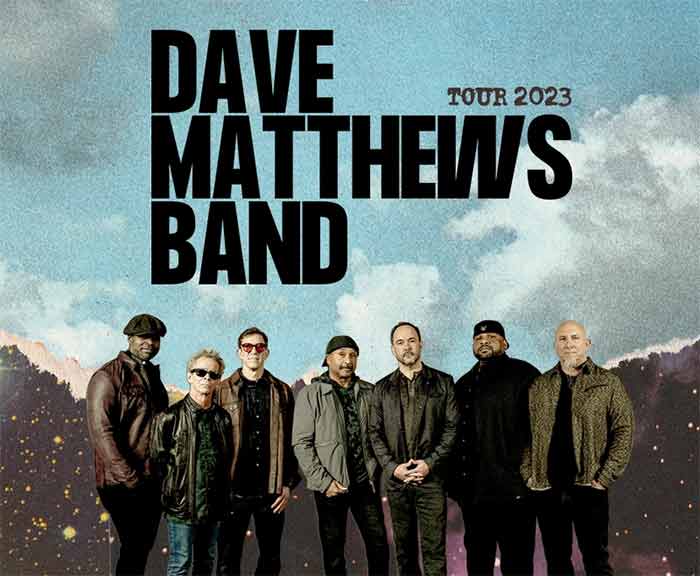 The Dave Matthews Band tour 2023 is going to be hot this year so do not miss it.

Check back often to see if the Dave Matthews Band tour 2023 adds any additional dates to their concert itinerary. It’s quite common for bands and performers to release their tour plans in spurts.