In my personal opinion, Jack White is one of the most under-rated guitarists around right now. He reminds me of a super creative Jimmy Page. If you don’t know much about Jack White, now is the time to get involved because this 2022 year will be a nice sized concert tour of his. Beginning in early April of this year, Jack White will be hitting the road on what is being called The Supply Chain Issues Tour. The title is quite a hot topic in politics today since it seems as if the United States has suffered a terrible supply chain crisis that has hampered the ability of the public to get a hold of everyday necessities. Our guess is that Jack White has something to say about it and his feelings will be expressed through his music and lyrics. So far, the Jack White tour 2022 consists of about 45 shows in North America, and that includes a few that take place in Canada. The first live concert of the tour is scheduled for April 8th in Detroit. It’s the first of two shows at the venue there that’s known as the Masonic Temple Theatre. The trek continues on, stopping in cities such as Milwaukee, Charlotte, Baltimore, Tulsa, Boston, Phoenix, Austin, Salt Lake City, Seattle, Los Angeles, Nashville, Brooklyn, Atlanta, and many more including Canadian cities Toronto and Vancouver.

Check down below for the latest official list of Jack White tour dates. You’ll also find links to look for tickets, and a playlist of some of Jack White’s more popular music videos. 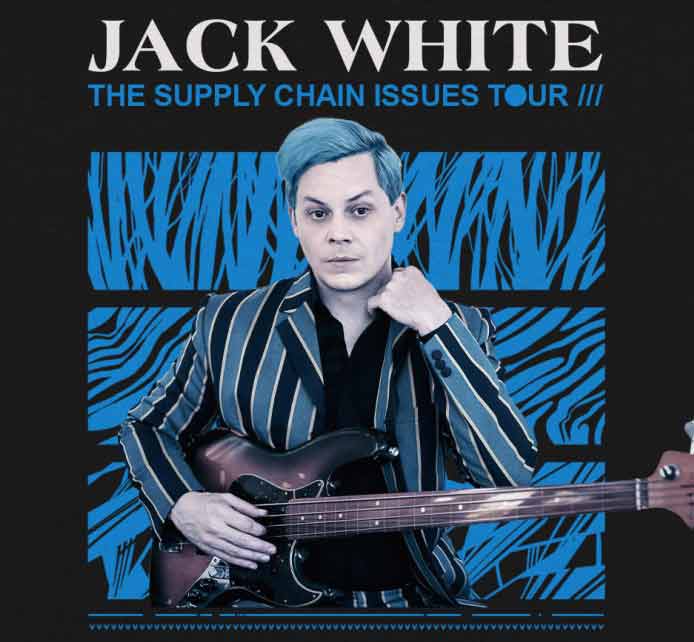 There’s a possibility that the Jack White Tour 2022 will be extended with additional tour dates. Check here often as we will keep the above event lists up to date.