The world has been all topsy-turvy for the past couple of years due to the virus pandemic, but it’s now getting to be late 2021 and things appear to be returning to normal. One thing people miss dearly is the feeling they get from going to a live concert, and listening / watching their favorite band or entertainer perform. Here comes good ol’ Kid Rock with a couple of solid concerts planned which as of the time of writing this, appear to both be taking place in the state of Nevada. Kid Rock will be performing live on stage on October 15th at Nugget Casino Resort, then on the following night on the 16th, you can catch him at the Laughlin Events Center in Laughlin. While there’s no supporting acts written in stone, with Kid Rock you never know who he’ll show up on the stage with, although you can be sure that it will be someone who’s just as great as he is.

Check below for the latest Kid Rock tour dates, links to look for Kid Rock concert tickets and some cool Kid Rock music videos and pictures. 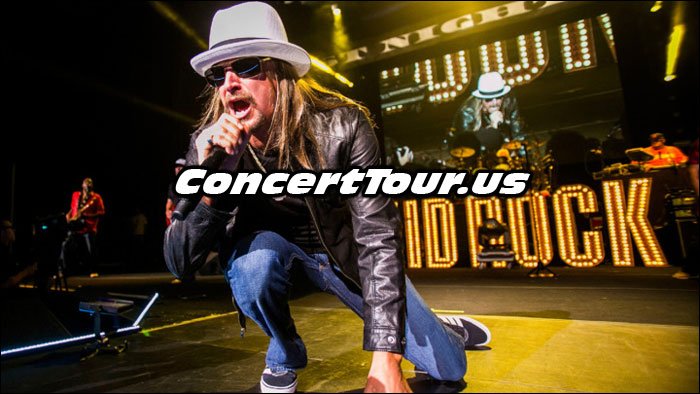 Check back often to see if there are any added Kid Rock tour dates as we will list them as they are announced.