Country music superstar Kenny Chesney has begun to release his concert tour plans for 2020. The country stud will be joined by Florida Georgia Line, Old Dominion and Michael Franti & Spearhead on what is being dubbed the Kenny Chesney 2020 Chillaxification Tour. The announcement came in a press release which was put out by Kenny Chesney himself. Chesney said, “These stadium shows are the most fun thing I do. It’s been a year, so when I get out there, I wanna make sure that No Shoes Nation is being rocked, having fun and getting all the music they can out of the day. We always try to do something different, bring someone new, and for anyone who’s never seen Michael Franti and Spearhead, just wait!”

This 2020 tour of his is slightly different than what he did in 2019. Last year Kenny Chesney played in smaller venues to make his shows more intimate, but 2020 is going to be different. The upcoming tour will have Chesney performing in huge stadiums, and a promise more dates to be announced soon. Chesney said. “I love playing for No Shoes Nation any time, anywhere, but these stadium shows are always something so powerful, I can’t tell you how much anticipation goes into each one. Not to mention, we’re always wanting to top what’s come before, and I think this lineup might just pack the most fun of them all.”

Look below for the latest list of official Kenny Chesney tour dates. Plus you’ll find links to look for tickets, and some very popular Kenny Chesney music videos. 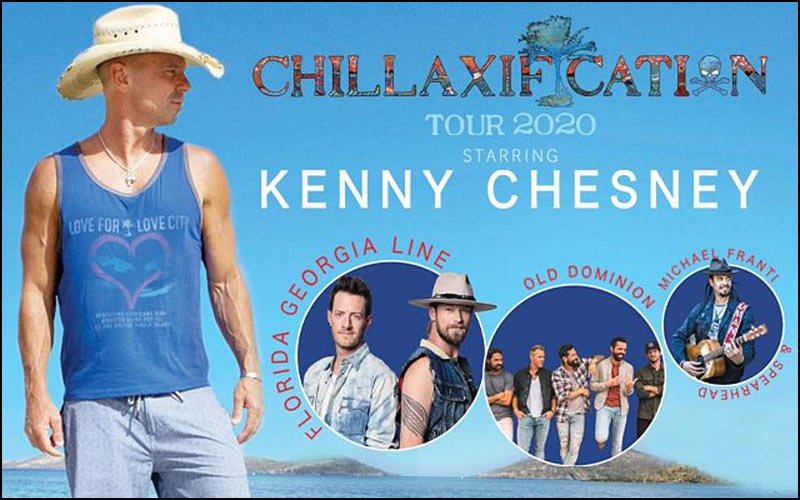 The present tour itinerary is laid out above, but you should really check back often to see if Kenny Chesney adds more dates. As it’s common with all performers, they tend to extend their concert tours without much notice to the fans. We will surely keep the above show lists as updated as we can.