This band has taken the genre of indie folk / folk rock to the next level. The Lumineers, presently made up of members Wesley Schultz and Jeremiah Fraites, were heavily influenced by classic rockers including Tom Petty, Bruce Springsteen and Bob Dylan. Several of their very well known hit songs include titles Ho Hey, Cleopatra, Ophelia, Stubborn Love, and Angela. The band consistently puts on a great live performance, just be aware that they are very much against people using their cell phones to record live shows. If you plan on going to their concerts, just make sure you should tuck your phone away as to not annoy the band or the venue. The Lumineers Tour 2022 is quite large, consisting of over 45 shows and the trek is broken down into 2 legs so far. The first leg has the special guest of Caamp (from May 18th through June 17th), and the second leg fans will see the special guests Gregory Alan Isakov & Daniel Rodriguez (from July 12th through September 6th). Opening night is planned for May 18th at Daily’s Place Amphitheater, which is down in Jacksonville, Florida. The Lumineers tour for 2022 is also known as The Brightside World Tour.

Check down below for the latest official list of The Lumineers tour dates. You’ll also find links to look for tickets, and a playlist of some of The Lumineers’s more popular music videos. 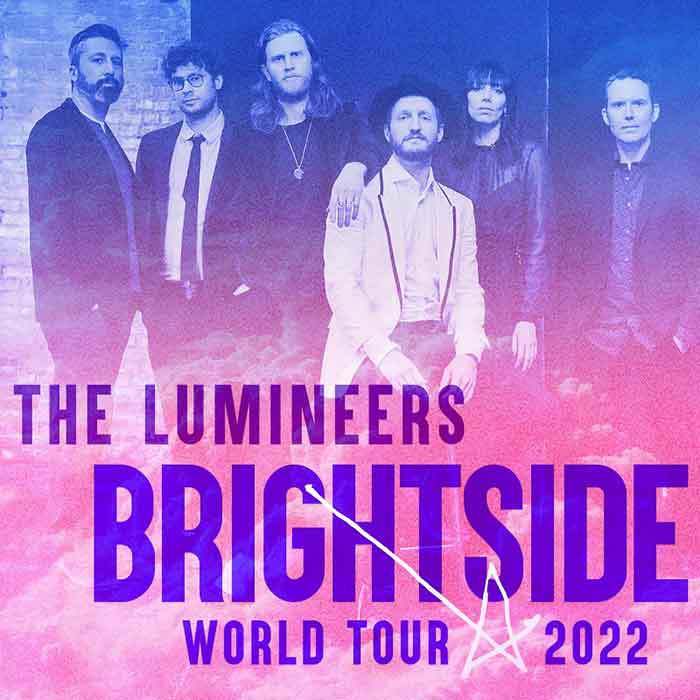 The Lumineers will be on their Brightside World Tour throughout 2022, don’t miss it!

There’s a good chance that The Lumineers Tour 2022 will be extended if the band happens to add more tour dates. Check back here often as we will keep the above event lists up to date.