Just when you thought it was safe to go see a concert in 2020, here comes Guns N’ Roses. The rockers just announced North American tour dates, along with global dates which will have the band traveling all over the world. Other than North America, the band will be performing in Mexico, Brazil, Guatemala, Dominican Republic, Germany, Great Britain, Italy, Poland, Austria, Czech Republic, Ireland plus more. Locally within North America, cities already on the tour path include Philadelphia, Detroit, Washington DC, Boston, Minneapolis, Chicago, East Rutherford, Seattle, Denver, San Francisco, Los Angeles and more. There’s even one date listed for Canada, up in Toronto. The GNR2020 Tour begins when Guns N’ Roses makes an appearance at Summerfest in Milwaukee on Saturday, July 4th. There’s Guns N Roses Fan Club (NightTrain PreSales) pre-sales that take place on February 4th and 5th, depending on the venue. Then the events go on sale to the general public on February 7th at noon local time.

Check down below for the full list of official Guns N Roses tour dates, links to look for tickets, plus a great playlist of top Guns N Roses music videos. 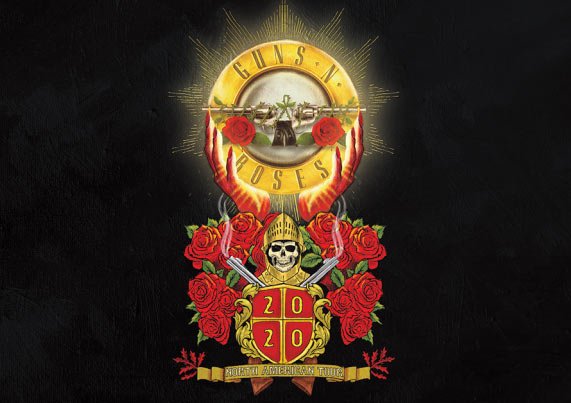 What a year to be alive! Guns N Roses will be on a global tour in 2020. Get ready to rock your butts off as you check out Axl, Slash and GNR live in concert!

This is just the first leg of the North American Guns N’ Roses 2020 Tour. Check back often to see when more dates are added. We’ll keep the above event lists updated with new shows as they are announced.

Written and Posted by Charles Stinger