Fans of the Jonas Brothers are ecstatic right now because the news of new music and a new tour has just been announced. On June 7th of this 2019 year, the band’s 5th album will be released. The album and their tour will go by the same name, which is ‘Happiness Begins‘. The concert tour will begin on August 7th at AmericanAirlines Arena in Miami, Florida and will take them across North America until it winds down on December 14th at the The Forum in Los Angeles, California. The group will perform in large stadiums in cities including New York City, Boston, Orlando, Tampa, Philadelphia, Washington DC, Atlanta, Raleigh, San Francisco, Dallas, Houston, Columbus, Detroit and a whole slew more, including up in Canada. In all there are about 65 concert dates already planned out. The Jonas Brothers said in a statement “We’re so excited to announce this tour and get in front of our fans again. We can’t wait for everyone to see what we have planned!”

Check down below for the latest list of official Jonas Brothers tour dates, links to look for tickets, plus some of their more recent popular music videos. 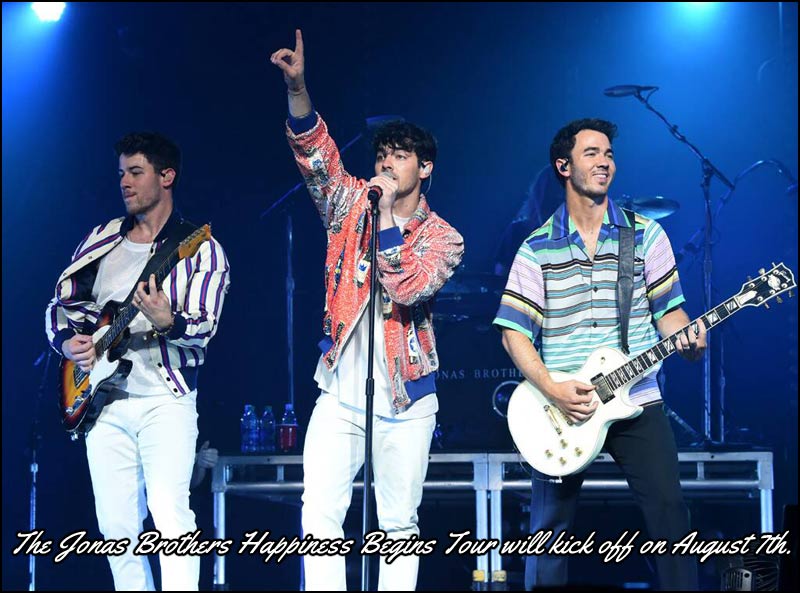 Even though the Jonas Brothers have about 40 dates planned out so far for their Happiness Begins Tour, check back often to see if they add any more dates.