One of the most popular alternative hip-hop groups will be on the road on tour in 2022, much to the delight of their fans. The electro-pop duo of Twenty One Pilots have announced their upcoming concert trek as The ICY Tour 2022 which will have the guys performing all over North America. Twenty One Pilots actually have a huge fan base for just a small duo from Columbus Ohio. The band used to consist of singer Tyler Joseph, Nick Thomas and Chris Salih. The latter two left the band in 2011, and since then the line-up has been just Tyler Joseph and drummer Josh Dun. While they have a good number of popular hits, I’d have to say their top 3 (three) songs are ‘Stressed Out’, ‘Ride’ and ‘Heathens’. The duo recently released the band’s 6th studio album, named ‘Scaled and Icy’ back in May of 2021 to a very warm welcome from fans. If you look through the history of the Alternative Music charts, you’ll see that Twenty One Pilots have nine number one hit songs. That puts them as the 6th artist with most #1 songs on the chart, right between the Foo Fighters and U2; That’s not bad company to be among if you ask us. 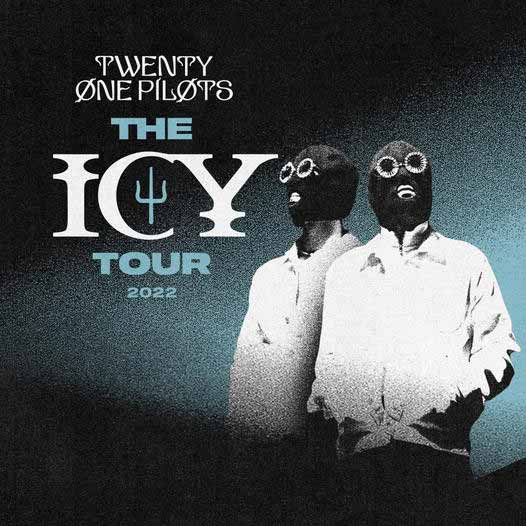 There’s always a good chance that the Twenty One Pilots tour will be extended with additional tour dates. Check here often as we will keep the above event lists updated with the most recent itinerary.