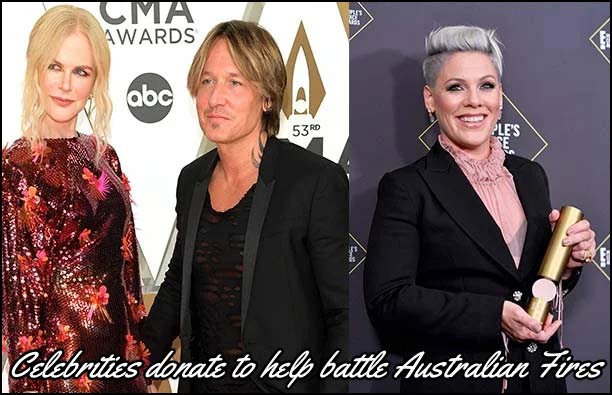 What is going on right now in Australia with the out of control bushfires is just outright horrendous. Life from all ends of the spectrum are being affected; Plants, Animals, Humans, even the very air they breathe. While support is being offered from many places, we are starting to see celebrities and entertainers beginning to financially help. So far just in two days, singer/songwriter P!NK donated $500,000 (five hundred thousand dollars) and so did the couple Nicole Kidman and Keith Urban, they donated the same amount. When asked about the situation, Nicole Kidman responded “We’re devastated. We are just devastated for Australia. Keith and I are pledging $500,000 to all the services, the rural services fighting the fires right now.”. When asked, P!NK respond “I am totally devastated watching what is happening in Australia right now with the horrific bushfires. I am pledging a donation of $500,000 directly to the local fire services that are battling so hard on the frontlines. My heart goes out to our friends and family in Oz.”. Celeste Barber (who is an Australian comedian), has a fundraiser running online and it’s raised over $18,000,000 (eighteen million dollars) so far. Australian actor Hugh Jackman asked his 29 million IG followers to help out, and he thanked those that are working to fight the fires. As I am writing this, other celebrities are coming out to do the same thing. Hopefully this funding will be a tremendous help in providing resources for Australia to battle the flames. 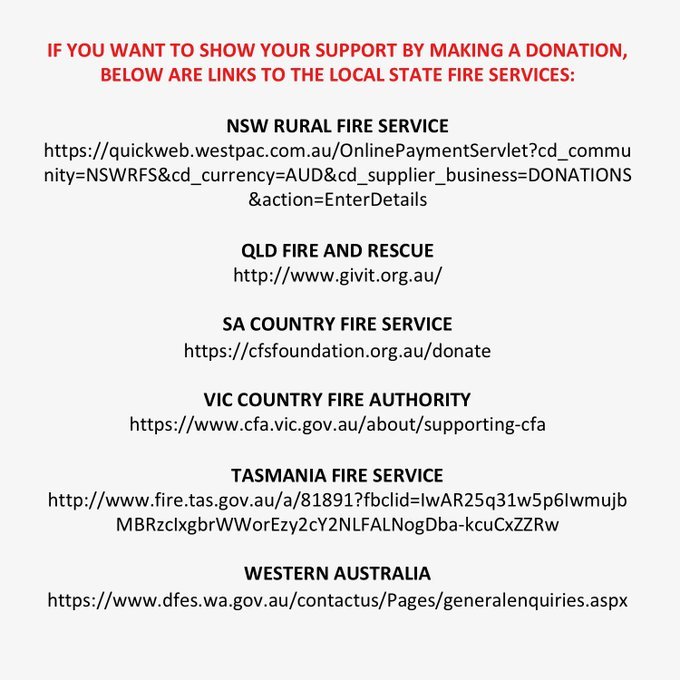 If you’d like to help by making a donation, urls in above pic can be used for the local state fire services.