An Enchanting Holiday Evening With Billy Joel at The World’s Most Famous Arena : CONCERT REVIEW 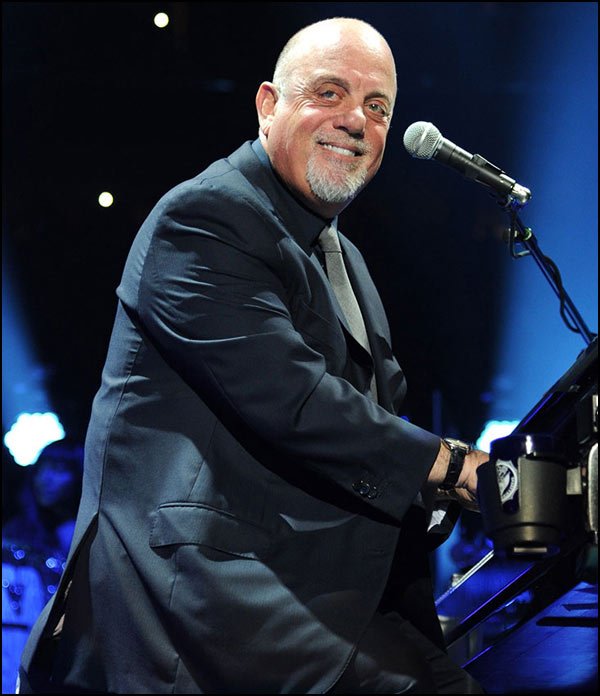 Billy Joel enchants fans during his holiday performance at Madison Square Garden in NYC :
Just recently, om December 17th, classic rock and roll veteran Billy Joel put on a great show at Madison Square Garden. This concert is part of his ‘never ending’ residency shows which take place at The Garden in New York City. This was his last show of the 2016 year at the “World’s Most Famous Arena.” He had no opening act at all, and he played for two plus hours, proving that he still is the true one and only “Piano Man.”

It was a nostalgic set-list that evening. Billy Joel kicked off his set with “Movin’ Out,” which was met with a loud response from his New York fans. He was backed by his gifted and multi-talented band members Tommy Byrnes on lead guitar and background vocals, Andy Cichon on bass and backing vocals, Chuck Burgi on drums, Crystal Taliefero on percussion, Mark Rivera on saxophone, Carl Fischer on trumpet, as well as Mike DelGuidice on guitars and background vocals.

He continued with “The Entertainer” and it was followed by “Prelude/Angry Young Man,” which he incorporated as a medley with “The First Noel.” It was great to hear him perform “She’s Right on Time,” as well as “My Life” and “Jingle Bells.” His New York crowd chose “Vienna” or “Just The Way You Are,” when he polled them for their favorite selection. “Say Goodbye to Hollywood” was as captivating as ever, and the same was true for “Allentown.”

“New York State of Mind” was an epic performance, featuring a killer saxophone solo, and “The Longest Time” was an added bonus, where the audience was singing along to the words of the chorus verbatim. Joel continued with his version of “Frosty the Snowman,” “Keeping the Faith,” and “Don’t Ask Me Why.” “She’s Always a Woman” is always popular with his fans, and Joel delivered on his latest rendition of the mellow classic. After “The River of Dreams,” he gave the spotlight to his guitar player and background vocalist Mike DelGuidice, who belted out a heartfelt “Nessun Dorma” that would have made the late Giacomo Puccini proud. Joel accompanied DelGuidice on piano on “Nessun Dorma” and they both earned a standing ovation for an exceptional job. Most impressive about DelGuidice is that he is the front-man of the Billy Joel tribute band Big Shot, which performs tribute shows all over Long Island and New York, among other states.

It was followed by the hugely popular songs such as “Scenes From an Italian Restaurant” and “Piano Man,” prior to returning with the up-tempo and dynamic “We Didn’t Start the Fire.” Joel continued with more up-beat tunes such as “Uptown Girl” and “It’s Still Rock and Roll to Me,” prior to closing with “Big Shot,” “Only the Good Die Young,” and “You May Be Right.”

Overall the night was a huge slice of satisfaction for all. That’ll be it for him in 2016, but he’s already got dates in 2017 lined up and it does not look like he is going to stop anytime soon.

Did you catch Billy Joel performing on the evening on December 17th at Madison Square Garden? You missed a great show!