A Perfect Circle have added a bunch of new tour dates to their headlining trek of North America this fall, with new shows for Kentucky, Baltimore, New York, Detroit, and more. The band will also be performing at New Orlean’s Voodoo Experience in the end of October. See the most up to date tour schedule below. Tickets for the newly announced tour dates go on sale this Friday at 10 a.m. local time for each venue. You can also get them from a bunch of different presales that will take place. The band has also shared a hint of its recently released deluxe box set of Eat the Elephant. In addition to a vinyl, CD, custom deck of cards, the box set includes a full-length visual recreation of Eat the Elephant directed by Patti Smith documentarian Steven Sebring (Horses: Patti Smith and Her Band, Dream of Life). The band calls it “the world’s first hologram album,” and just dropped a 2D version of its clip for “The Contrarian” on YouTube for all to see.

The clip represents just a portion of Sebring’s 58-minute film, which follows the album’s arc through the eyes of a young girl. To experience it, you have to download an app using the included code and place an upside-down prism on top of your phone. You’ll probably want to do that, too, as the version they just shared was clearly not meant to be viewed in 2D. Either way, you can check it out below.

Check below for the latest list of A Perfect Circle tour dates, links to look for tickets, plus some cool music videos. 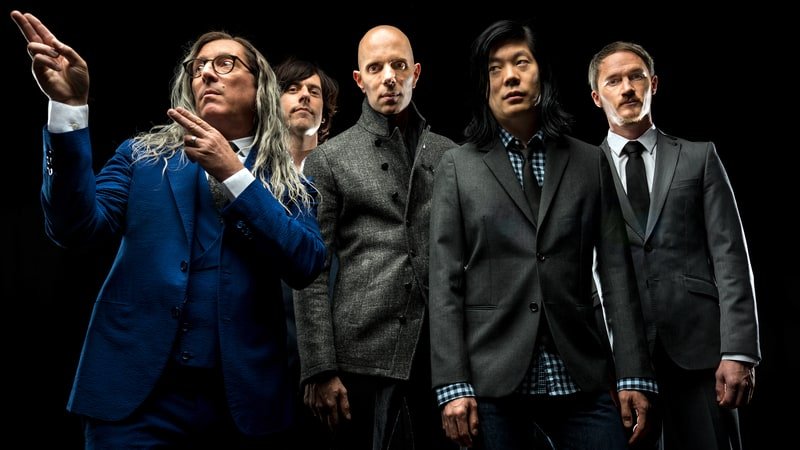 
A Perfect Circle – The Contrarian (2D Version of Hologram Video)

A Perfect Circle – So Long, And Thanks For All The Fish [Audio]