It’s been about 5 years since we’ve seen Avril Lavigne on tour, but we won’t have to wait much longer. Beginning in mid-September of this year (2019) Avril Lavigne will be on tour in the United States (and one stop up in Canada) as she has about 15 scheduled concert dates planned. She’ll be performing in Seattle, Portland, Oakland, Los Angeles, Denver, Minneapolis, Chicago, Detroit, New York, Boston, Pittsburgh, Philadelphia and more. Avril Lavigne has called her tour the Head Above Water Tour and is in support of her latest album that has the same name (Head Above Water). The fan club pre-sale for her tour begins on June 25th, and the general public onsale begins on June 28th. For each ticket that is purchased, Avril Lavigne will be donating $1 to The Avril Lavigne Foundation, which supports people with Lyme Disease, serious illness or disabilities.

Check down below for the latest list of Official Avril Lavigne tour dates, plus links to look for tickets and some popular music videos by the entertainer. 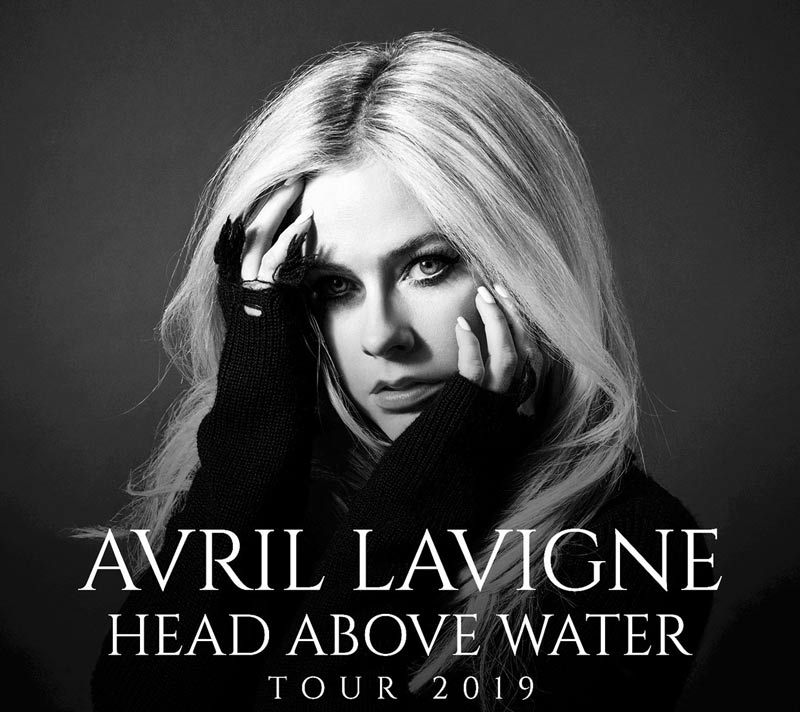 Get ready for Avril Lavigne’s first tour in 5 years. She’s going on tour to support her latest album release which is called Head Above Water.

Check back often to see if Avril Lavigne adds more dates and venues to her present tour. It happens often that performers extend their concert tour with out much notice to the public. We will keep the above event lists updated as she adds more dates.