The band Chicago along with singer / songwriter Rick Springfield have announced a dual headlining concert tour for the middle part of the 2020 year. The tour is made up of about 30 individual dates and takes place in North America. It begins on June 12th at the Concord Pavilion in Concord, California and end on August 1st at the Allstate Arena in Rosemont, Illinois. We already know that fans will be demanding more shows, so hopefully they will acknowledge that, and extend the tour into later in the year. Other cities that will be graced by the performances of the band Chicago, and Rick Springfield include Los Angeles, Irvine, Camden, Rosemont, Tampa, Mansfield, Holmdel, Cincinnati, Wantagh, Charlotte, Dallas, Salt Lake City, Irvine, Phoenix and more. There’s even one stop up in Toronto, Ontario Canada.

There will be a handful of pre-sales for each of the scheduled concerts, but if you don’t have access to those, then you’ll have to wait for the general on sale to the public which takes places on Friday December 5 at 10am in each time zone. While the band Chicago does not have all the original members in this present line up, there are three active founding members that are still with the band; Loughnane, Pankow and keyboardist-singer Robert Lamm. Co-founding woodwind player Walter Parazaider retired from going on tour, but remains part of the official lineup.

Continue on this page to find the updated list of official Chicago tour dates. There’s also links to look for tickets, and a great music video playlist of Chicago songs that span their entire career. 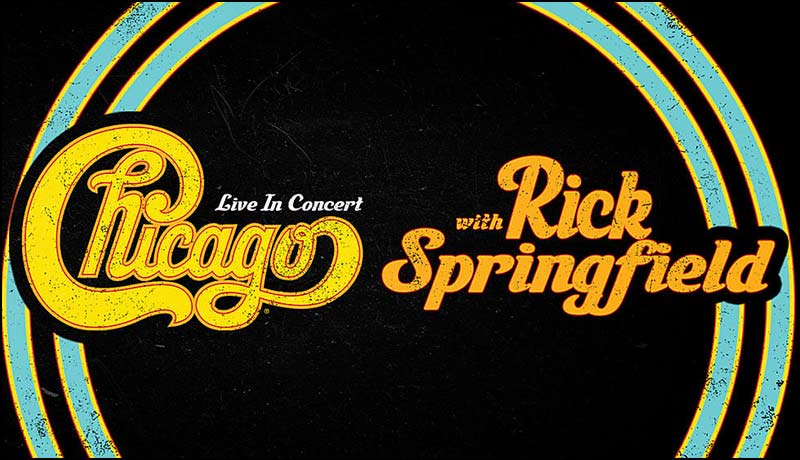 Don’t miss what may be your last chance to see the band Chicago live in concert. They will be on tour with Rick Springfield in the middle of the 2020 year.

The above event lists for Chicago (and Rick Springfield) will be updated if their tour is extended. It’s actually quite common for bands to add more dates without much notice to their fans.


Chicago Music Video Playlist (Over 50 songs from 1969 through the present!)