Don Henley plans out short 2017 summer tour, in addition to The Eagles performing at Classic East and Classic West :
Don Henley fans (and fans of The Eagles) just had their 2017 summer made so much better. The legendary singer, songwriter and guitarist Don Henley announced some very exciting news and everybody is excited, even us! Don Henley has laid out a summer tour, that will take place through out almost all of June. To top it all off, a VERY special show will be performed on July 22nd; Keep reading to find out why. His summer tour will begin on June 6th in Boston, Massachusetts at the Blue Bills Bank Arena. From there, the tour will visit east coast states like Pennsylvania, Maryland and Connecticut. After that, he will then head up to Canada for a show date in Toronto, then come back to cover part of the mid-west to in Chicago, Cincinnati and Minnesota.

Following those dates, the entertainer will take a short break, make a handful of appearances with The Eagles (with out Frey) at Classic East and Classic West, and then play a very special show at the American Airlines Center in Dallas. The show will celebrate Henley’s 70th Birthday and we know that the event will have boast some very special guests, and will consist of Don Henley’s solo work, covers and Eagles songs. That will definitely be a show NOT to miss!

LOOK BELOW for the latest list of Don Henley tour dates, links to look for Don Henley concert tickets and some great music videos of Don Henley solo and with The Eagles. 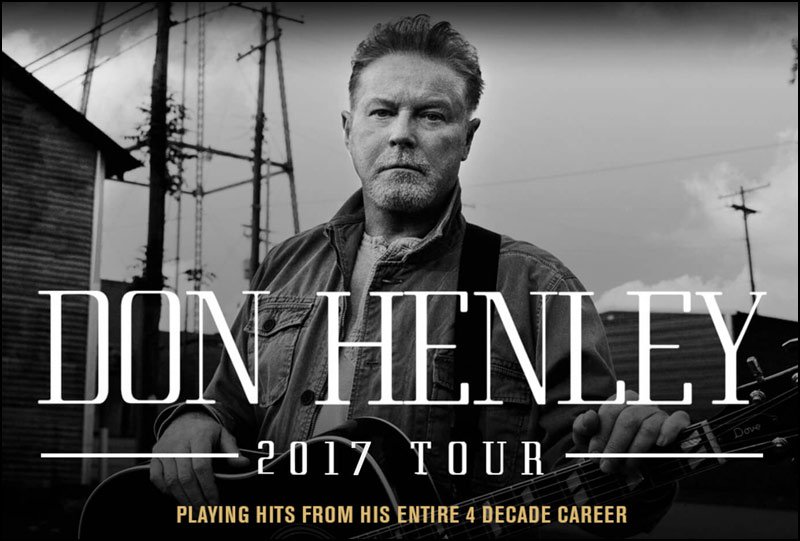 DON HENLEY has a small handful of tour dates in June, hopefully there’s more to come!

Keep checking back to see if there are any added Don Henley tour dates or concerts.


MUSIC VIDEO – Don Henley – All She Wants To Do Is Dance – Live in Concert!


The Eagles – All She Wants To Do Is Dance… by thegrstars-


MUSIC VIDEO – Don Henley – The End Of The Innocence – Live!


Don Henley The End of Innocence by HollieMario