Musician FLUME Lays Out 2016 Tour Plans, Many North American Concerts To Choose From :
FLUME tickets recently went on sale to the public and most of his shows sold out almost immediately, forcing FLUME to add more dates at many of the venues. Flume is basically a one man band, as you might say. His real name is Harley Edward Streten and he is from Australia. He is considered an electronic music producer, a DJ and somewhat of a hip-hop star. Flume has remixed many songs by very popular artists including Sam Smith, Arcade Fire, Lorde and Disclosure. His latest album release was back in the end of May 2016, was named Skin, and got very positive reviews and also landed on some of the big Australian music charts.

Some song names of his that you may recognize are Sleepless, On Top, Holdin’ On, Drop The Game, Say It, Smoke & Retribution, Never Be Like You, Some Minds, Lose It, Wall F*ck, Take A Chance, Tiny Cities and many more. You can find the music videos for some of his songs below.

Look below for the latest list of Flume Tour Dates, you can also look for Flume Tickets and watch some cool videos. 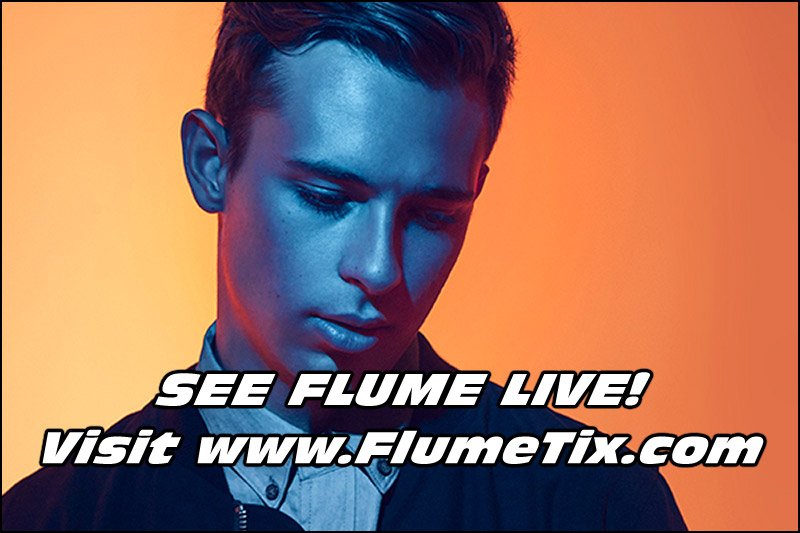 FLUME, real name Harley Edward Streten, is one of the most popular Musicians to come out of Australia in the past few years.

Check back often to see if FLUME adds any more concerts to the tour schedule.