I try to pride myself on knowing about every entertainer and performer that there is, but I received a ticket request for someone that I never heard of and of course it intrigued me so I had to dive in and see what this person was all about. The name was G Herbo and I closed the ticket transaction after obtaining the seats the customer wanted. I Immediately said to myself, who the hell is G Herbo and I proceeded to look them up onnline. Turns out, this G Herbo person that is a young 26 year old guy, a rapper and songwriter, who also is known as Lil Herb and Swervo. The young hip hop star has been in the industry making music since 2012 when he began his career. He’s released four (4) studio albums, and also a handful of mixtapes. In 2017 he released the album Humble Beast, in 2018 he released Swervo, in 2020 he put out PTSD and just recently in 2021 released his fourth album named ’25’. Early in his career he and Lil Bibby put out a song ‘Kill Sh*t’ and on YouTube it’s been viewed over 42 million times, so there has to be something to this G Herbo guy. Now’s your chance to actually catch him perform live. He’s got about 11 tour dates on his late 2021 schedule and he’s playing in some decent theaters, so don’t miss him.

Check down below for the latest official list of G Herbo tour dates. You’ll also find links to look for tickets, and a playlist of some of G Herbo’s more popular music videos. 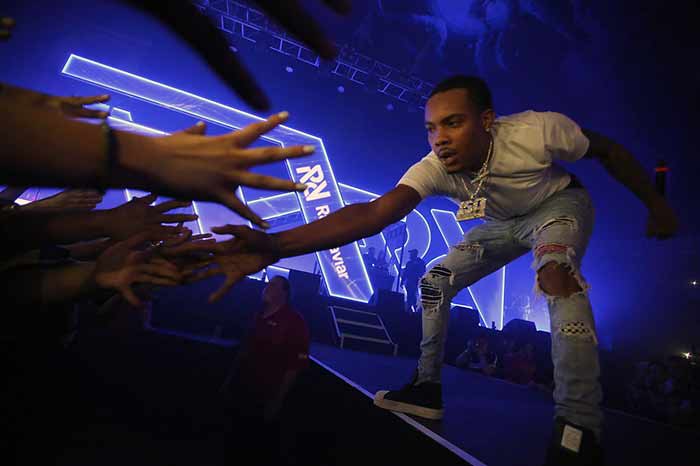 Don’t miss G Herbo as he heads out on his 2021 concert tour!

Check here often as we will keep the above event lists updated with the most recent itinerary.