Smooth singing, piano playing John Legend just released his plans to tour for this 2020 year. Joining him on his Bigger Love 2020 tour as a special guest at some of the shows is the group The War and Treaty, who is dubbed as ‘Just Two lovebirds singing without reverb.’. The tour opens on August 12th when John Legend performs at the Verizon Theatre in Grand Prairie Texas. Other major cities to be visited by the Bigger Love Tour include Boston, Philadelphia, Atlanta, Nashville, Portland, Las Vegas, San Diego, Los Angeles, Tucson, Dayton along with more. He doesn’t forget Canada either, with shows planned in Vancouver and Toronto. The tour is schedule to finalize at Cal Coast Credit Union Open Air Theatre in San Diego, California on September 25th. You can find his full tour list down below. Tickets are already onsale, and considering the immense size of his fan base, we suggest not to wait too long to obtain yours.

Check down below for the latest full list of John Legend tour dates, links to look for tickets, plus a playlist of popular John Legend music videos. 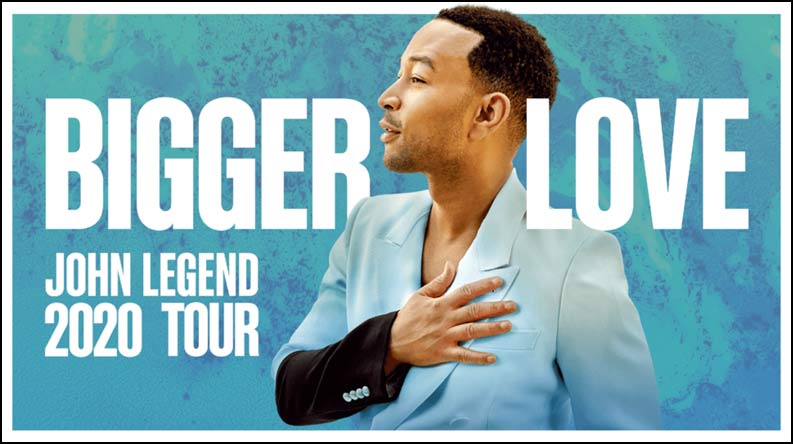 We’ll keep the above event lists updated in case John Legend extends his tour or adds more dates to his schedule.

Written and Posted by Peter Morrison