Khalid Donnel Robinson, who is better known in the music industry as just Khalid, is a singer and songwriter of the R&B music genre. He began his music career quite recently as he would post him music up on SoundCloud before he really got recognized. It was just recently in 2016 that Khalid reached the number two spot on the Billboard Twitter Emerging Artist chart. His single ‘Location‘ began to climb the music charts and it helped him break big time onto the music scene. Fast forward all the way to today, and now he’s been nominated for 6 awards at the Billboard Music Awards. Khalid will be on tour this summer, and will be joined by Clairo on many of his show dates. Known as his ‘Free Spirit Tour‘, Khalid will begin his trek in the third week of June, and as of this writing, will be on the road until the middle of August 2019. The tour will have him all over North America, including such cities as Los Angeles, San Diego, Las Vegas, Oakland, Portland, Glendale, Sacramento, San Antonio, Dallas, Houston, Kansas City, Chicago, Oklahoma City, Saint Paul, Pittsburgh, Detroit, Columbus, Hartford, Washington DC, Boston, Philadelphia, Atlanta, Charlotte, Orlando, Miami, New York, and also several cities in Canada including Toronto, Montreal and Edmonton.

Below you will find the latest list of official Khalid tour dates, along with links to look for tickets, plus some of his more popular music videos. 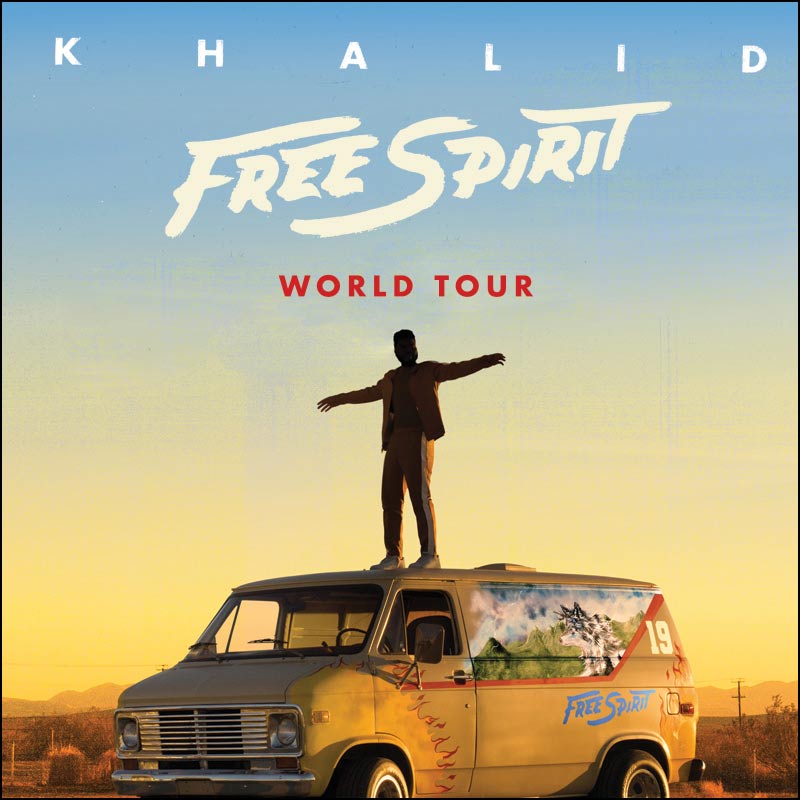 R&B fans should be quite excited for this summer as it’s going to be a great one. Khalid will be on his 2019 Free Spirit Tour and he’ll be performing at venues across North America.

As of this moment, the tour is laid out in the event lists above. However you should check back here often to see if Khalid adds any further dates to his tour as it’s quite common for performers to extend their concert tour without much notice to the public.

Posted and Written by William David