Phil who? Oh yeah, Phil Collins! He was originally from the band Genesis but then went solo and had a tremendous career in music. He’s responsible for so many hit songs that it’s not even funny. Both with Genesis and his solo work have given music fans something to really enjoy, and it spanned for many years. You most probably know hit songs such as In The Air Tonight, Against All Odds, Easy Lover, Another Day in Paradise, One More Night, Sussudio, A Groovy Kind of Love, I Don’t Care Anymore, Take Me Home; and that’s just his solo work. With Genesis, you’ll remember Land of Confusion, That’s All, Turn It On Again, Tonight Tonight Tonight, Abacab, Mama, Behind The Lines, Domino, Dance on a Volcano, Follow You Follow Me, No Reply At All, and many more.

It’s been quite a while since we’ve actually heard from Phil Collins, let alone a concert or a tour (about 12 years!), but fans will NOT have to wait any longer. Beginning in October of this 2018 year, Phil Collins will be back on the road on tour (aka Not Dead Yet, Live!), and will hopefully performing at a venue near you. Right now he’s released about 15 dates which visit cities such as Philadelphia, Washington DC, Sunrise (Florida), Boston, Toronto, Newark, Brooklyn, Montreal, Cleveland, Columbus, Minneapolis, Chicago, Los Angeles, Las Vegas. Hopefully his tour will expand and visit more venues and cities around North America. Just like most entertainers, there are usually more dates to their tour, they just release them in ‘chunks’.

Look down below for the latest list of Phil Collins tour dates, links to look for tickets, plus some cool music videos. 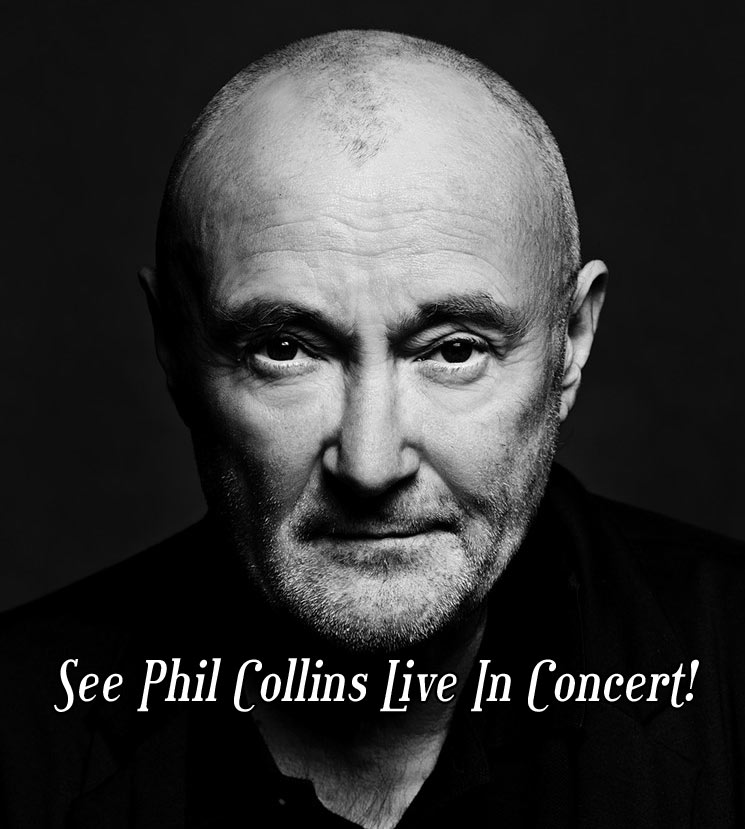 It’s been a VERY long time (12 years!) since Phil Collins has been on the road on tour, but that is all about to change. Get ready fans because Phil Collins is ON TOUR!

Check back often as it is common for performers to add more dates to their tour, sometimes without notice, so stay tuned here.


Phil Collins – In The Air Tonight

No Reply At All

Turn It On Again