SOUNDGARDEN Announces Spring 2017 U.S. Concert Tour Dates :
One of the most influential bands in rock music, Grammy Award-winning multi-platinum band SOUNDGARDEN, just announced their North American headline tour that will begin on May 3 in Atlanta, Georgia at the Fox Theatre. One of two bands, THE PRETTY RECKLESS and THE DILLINGER ESCAPE PLAN, will support select dates. A special ticket pre-sale for fans who are signed up to SoundgardenWorld.com and ChrisCornell.com will be available on Tuesday, February 28 at 10:00 a.m. local time. Tickets will go on sale to the general public Friday, March 3 at 10 a.m. local time.

SOUNDGARDEN will also perform at a handful of previously announced summer music festivals, including WXTV Rockfest, Welcome To Rockville, Fort Rock Festival, 89.7 The River’s Rockfest, Rock On The Range, and more. See below for a complete list of confirmed tour dates and music festivals.


Look below for all the latest information on the Soundgarden Tour, also look for tickets, and watch some cool music videos.

Do NOT miss your chance to see Chris Cornell with Soundgarden live on tour this year!

Keep checking back to see if Soundgarden adds more dates to their spring tour. 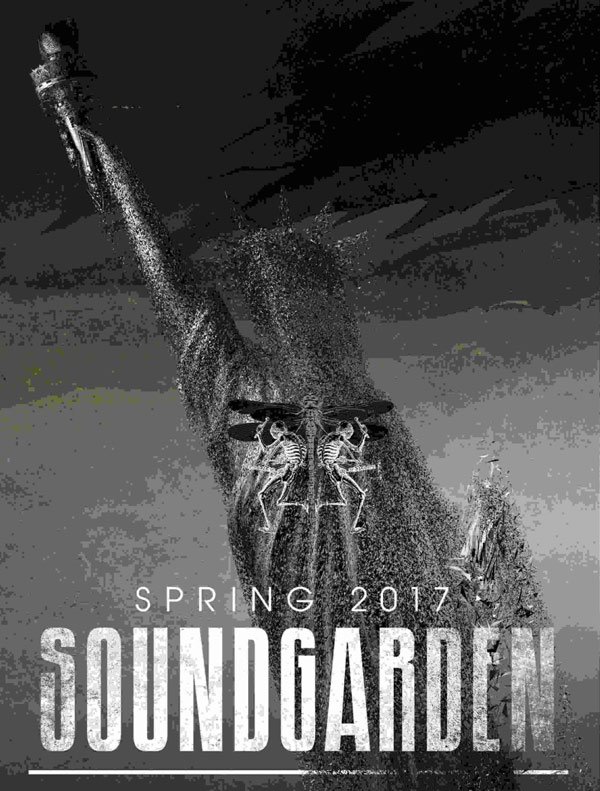 It’s been quite some time since Soundgarden has been on the road on tour, so do not miss this!