Fans of classic rock music should be quite excited about some of the announced concerts this year. One tour that stands out for me is the Steve Miller Band hitting the road, and they are bringing along Peter Frampton. Both performers are huge icons in rock history, and they both have quite a large and popular music catalog to choose from. Headlining the shows will be the Steve Miller Band and they are known for such songs as The Joker, Jet Airliner, Take The Money and Run, Abracadabra, Jungle Love, Swingtown, Fly Like an Eagle, Gangster of Love, along with plenty of others. Peter Frampton has put out songs that are just as popular; Show Me The Way, Do You Fell Like We Do, Baby I love Your Way, Signed Sealed Delivered, I’ll Give You Money, Its a Plain Shame, Dig What I Say, and again, so many more. When you scroll down, you’ll find some cool music videos to listen to so you know what you are in for if you’re going to one of these shows.

The Steve Miller Band tour begins in mid-April up in Canada, then it zig-zags its way across North America for over 40 shows. Do you want to have a cool flashback and experience goosebumps? Then you must catch one of the concerts. Below you will find a list of the latest Steve Miller Band tour dates, there’s links to look for tickets, plus some cool music videos. 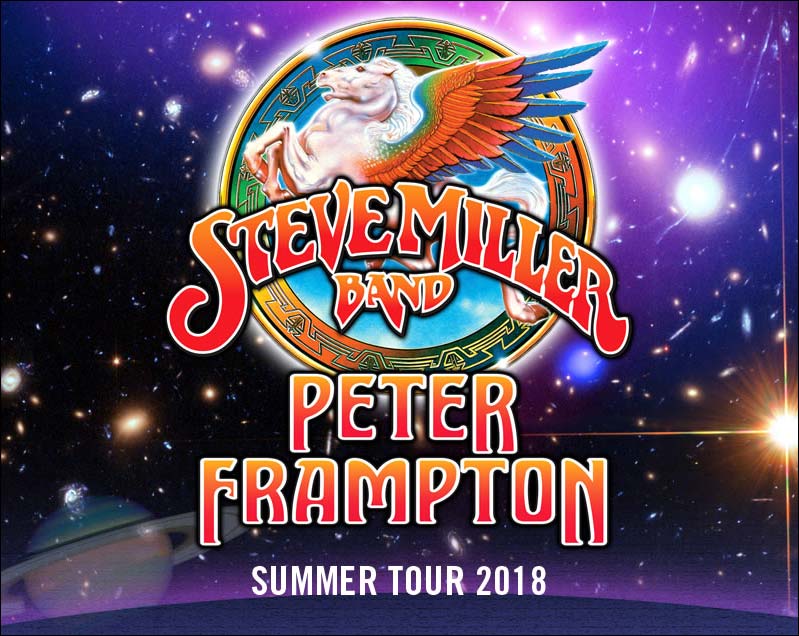 Check back often to see if the Steve Miller Band add any additional dates to their tour.