Aerosmith frontman Steven Tyler has announced a small solo concert tour of just himself (without Aerosmith). In the past year or so, Steven Tyler has branched out from good ol’ rock-n-roll and has extended himself into the country music scene. He actually got quite a good response and it appears that if he ever falls our of rock music, he can surely pick himself up in country music. He’s got such a great voice and an amazing feel for music. This ‘solo’ tour of his is named ‘Out On A Limb‘ tour and it begins in early July in Las Vegas and ends up on September 13th in Toronto Canada. That’s if Steven Tyler doesn’t add any more dates to his tour schedule. Other states he will be performing in include California, Washington, Texas, Illinois, Florida, Georgia, Rhode Island, Massachusetts and a few others cities up on Canada. Tickets go onsale to the General Public on May 14th, but there’s always pre-sales and some resellers are already listing tickets for sale. If you’re a fan of Steven Tyler, we suggest getting your tickets as soon as you can.

Check Below for the latest Official list of Steven Tyler tour dates, links to look for tickets, plus some cool videos.

Check back often as you never really know if Steven Tyler will add more dates to his itinerary. 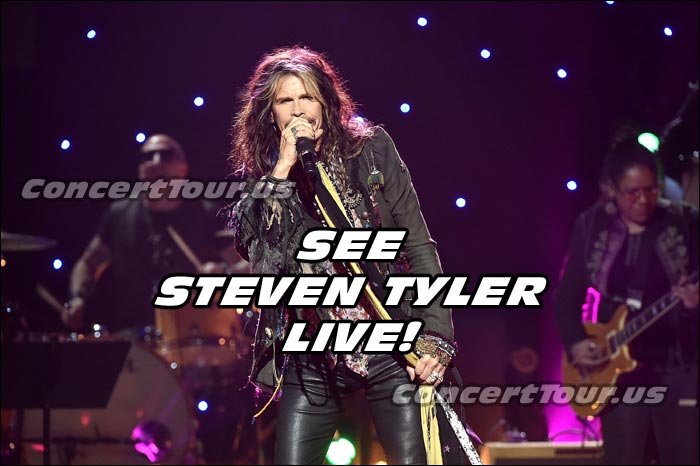 This is a chance for you to see Steven Tyler live in concert! Don’t miss this great opportunity.

Aerosmith’s Steven Tyler Announces 2016 Solo Tour aka Out On A Limb Tour.