Even though Scott Weiland is gone, Stone Temple Pilots pick up the pieces and move on, plan 2018 tour :

Ever since the passing of the frontman of the Stone Temple Pilots, Scott Weiland, I personally believed that the band would not carry on, and if they did, they would never be the same. The STP band line up has changed a little since then (biggest change was addition, and then subtraction, of Chester Bennington). The remaining members of Stone Temple Pilots recently chose Jeff Gutt to be their lead singer after finding him through word of mouth and not through an audition process. Gutt was also a contestant on the popular television show, ‘X Factor’ which helped spread the word about him and his amazing voice. If you haven’t heard him sing yet, he uncannily sounds a lot like Scott Weiland that it is eerie. It appears though, that fans like that fact. Sometimes when a band replaces their lead singer with another singer that sounds similar, it is just a simple replacement. Although when a new singer comes along with a new twist, that is usually when the band can keep it’s old fans, while also tendering in new ones. We do not see an issue at all that Jeff Gutt sounds a lot like Scott Weiland, in fact it brings back sweet memories. The band has just announced tour dates for 2018 and fans are already going crazy for tickets.

Check out some of the band’s new music further down there’s music videos, and you can find the latest list of Stone Temple Pilots tour dates and there’s links to look for tickets. 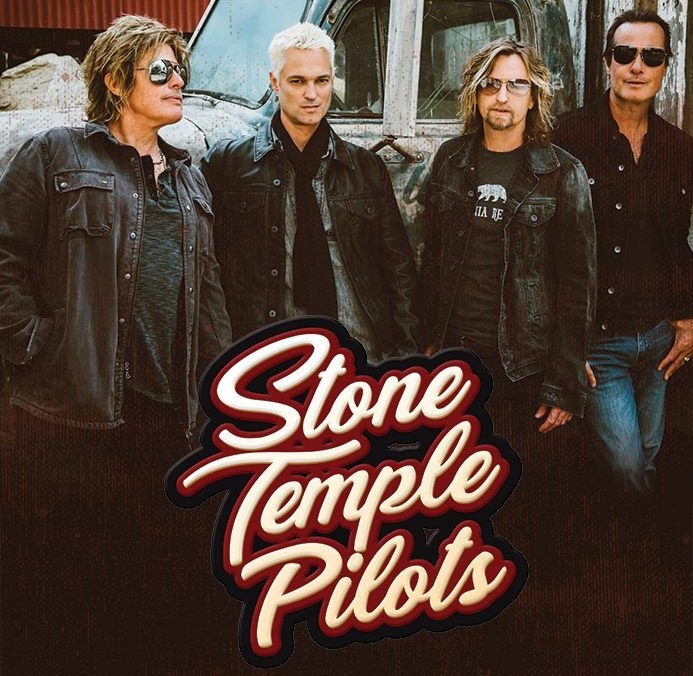 Stone Temple Pilots (STP) will be on tour throughout 2018 with Jeff Gutt fronting the band.

Check back often to see if STP adds more dates to their tour.