Train, Goo Goo Dolls & Allen Stone all set out on tour together in the summer of 2019 :

This combo of bands that decided to tour together, is going to be a very good thing. Both TRAIN and The Goo Goo Dolls will be on tour during the summer of 2019, and they are bringing along special guest Allen Stone. Train is a rock band from America, San Francisco to be exact, that has been around since 1993. Their present line up consists of Patrick Monahan (lead vocals), Luis Maldonado (guitar), Hector Maldonado (bass, vocals), Drew Shoals (drums), Jerry Becker (keyboards, guitar), Sakai Smith (backup vocals), and Nikita Houston (backup vocals). Although that line up could change by the time they begin their trek. A few of their top songs include Drops of Jupiter, Meet Virginia and Hey, Soul Sister; just to name a few. The band The Goo Goo Dolls have a similar following as the band Train, that’s what makes this summer tour so inviting to attend. The summer tour is made up of about 45 shows, and can grow larger at any moment. Forty Five (or so) concert stops is quite a long itinerary for any band, but that’s alright because the fans are what matter most, and for this set of shows, the fans will get what they came for. A great night of live music.

Check below for the latest list of official Train tour dates, links to look for tickets, plus some popular Train music videos. 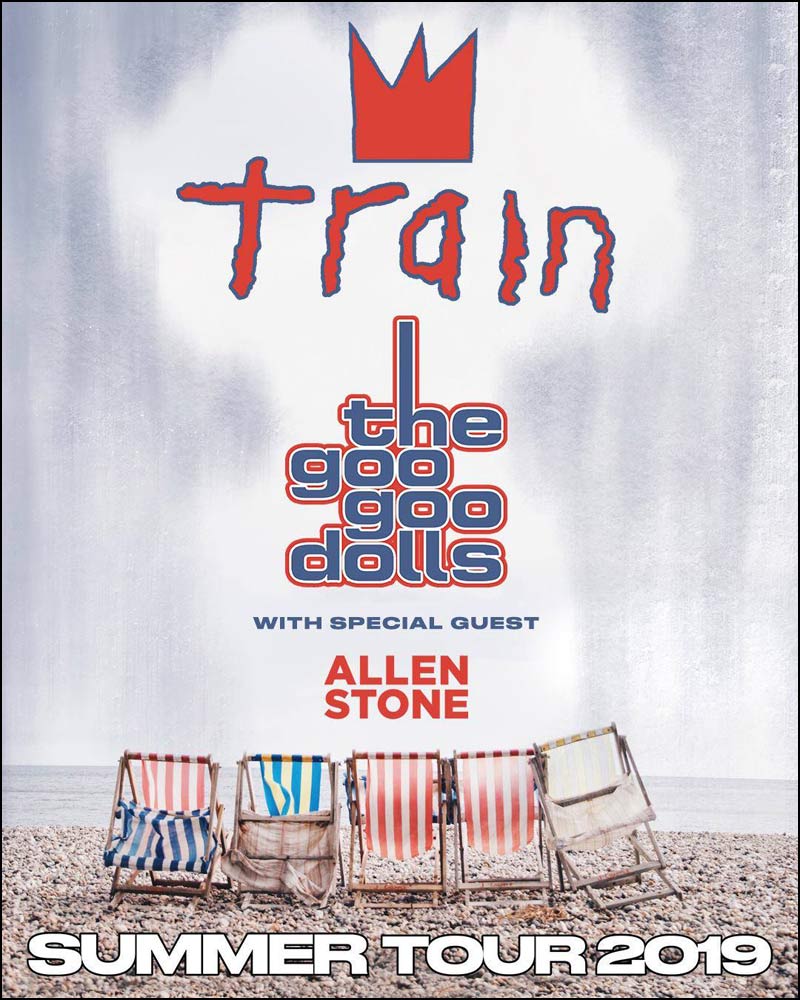 This is definitely going to be one heck of a concert! The shows will be amazing and will most probably sell out quickly. Secure your chance of going by getting tickets as soon as you can. Don’t miss Train & The Goo Goo Dolls (along with Special Guest Allen Stone)

As you can see, there’s a ton of dates on this tour. If you don’t see a venue near you listed, check back to see if the band adds any addition performances to the trek. It’s quite common for bands to ‘all of a sudden’ add dates to their concert tour.