Funnyman Vic Dibitetto is taking a small break from behind his online ‘in your face’ camera comedy to do some live shows of his hilarious take on life. If you’ve watched him online, then you know what we mean by us saying that Vic Dibitetto is outright hilarious. Vic Dibitetto himself is mainly a stand up comedian and an internet sensation. He’s even been in a couple of movies. Don’t let him fool you though, the way he expresses his point of views verbally (and visually) on the internet is what really made his popularity explode. Just listen to any one of his online clips and you will see. (Videos Below!)

This 2016 has Vic Dibitetto on the road, playing theaters in a few spots (for now). We personally will hopefully be seeing him live at The Borgata in Atlantic City NJ. Although the show is basically sold out and only rear seats remain as of writing this. Of course we want to sit up front and not all the way back. Part of the ‘show’ are his facial expressions and body gestures.

If you’re wanting to see Vic Dibitetto live, then check below. You’ll find his official tour schedule, links to look for tickets and some funny video clips we picked out of the many we had to choose from.

Check back as we are pretty sure that Vic Dibitetto will be adding more dates to his live comedy tour. 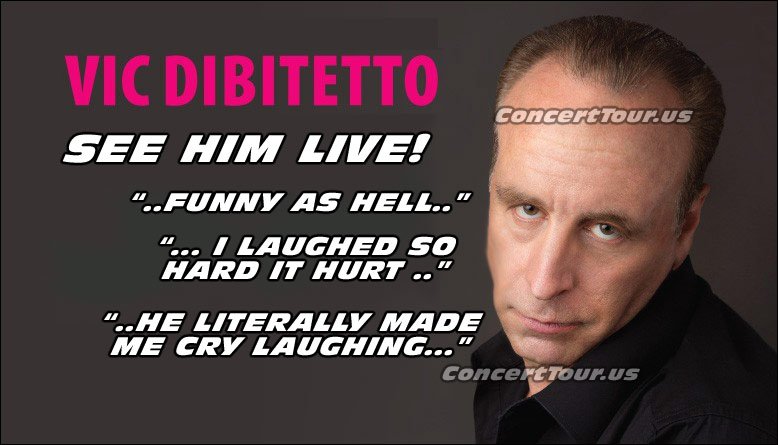 VIC DIBITETTO has become in internet sensation, and he’s even funnier in person. You must see him live!